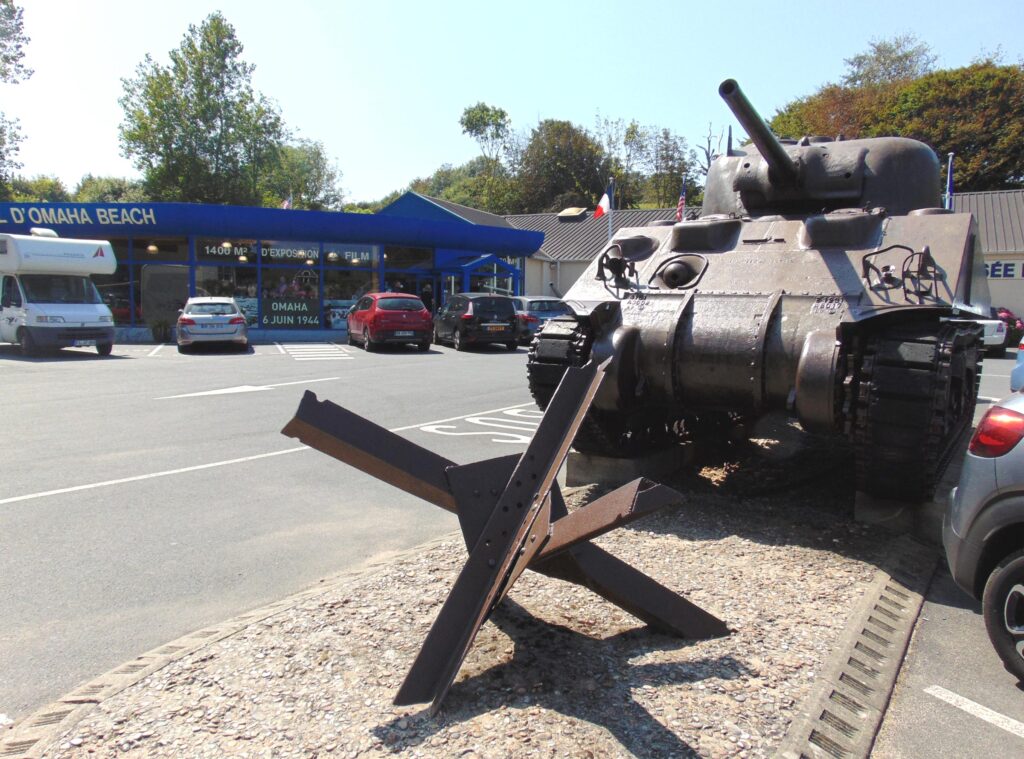 The museum is located on Omaha Beach, where an American amphibious assault called “Bloody Omaha” took place on June 6th. The 1200m² Omaha Memorial Museum was founded in memory of all those young people who died in 1944 and whose memory we must preserve so that future generations will never forget the cost of our freedom.

This extensive operation in Normandy was defined at the Casablanca conference on January 24, 1943, when the Allies decided to put in place all the mechanisms necessary to achieve the 1944 landings on the Continent, codenamed “Overlord”. Landing was carried out on 5 beaches “OMAHA” and “UTAH” (American sector), “GOLD” and “SWORD” (British sector), “JUNO” (Canadian sector).
The Americans landed at low tide: at 06.30. German soldiers were always on guard and were on local fortifications. It was very difficult for the Americans to occupy the hilltops. Around 1000 hours they reached the top of the cliff, under German fire, and advanced only 800 meters during the rest of the day. 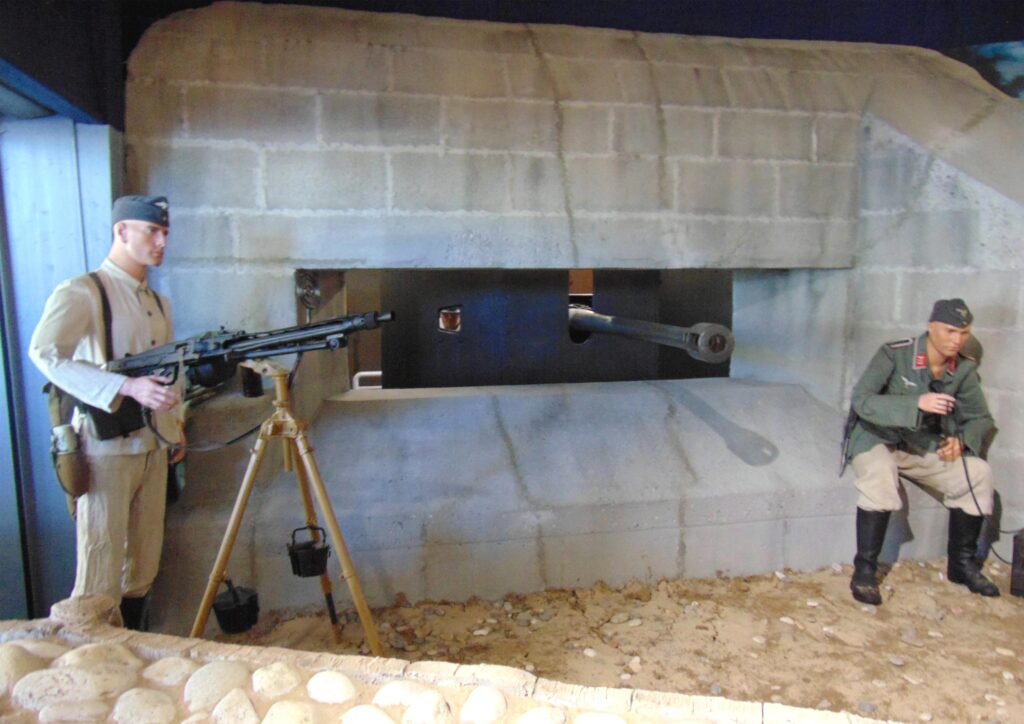 It was in Omaha that the loss of life was the greatest: 3,881 American soldiers were killed, wounded or missing June 6, 1944 Omaha.

Museum Collection.
The expositions present military equipment, uniforms, household items of the Allied and German armies in the form of separate corners of “living history” with mannequins and dioramas. The archive of the museum contains magnificent photographs, maps, thematic posters. The exhibition also features a 155 mm Long Tom gun, a Sherman tank, a landing craft and much more.

The museum is located in the area of the WW2 D-Day landing USA memorials, which we recommend to visit and traditionally to take the photos. This coast is also a great beach resort and you can take a short break from your trip, swim for a while, relax, have a local beer or specialty cool drink, and then continue your journey. Public transport is very rare here, so the tourists from the USA-Australia-Canada prefer the private tours in their small company of 2-4 people by a car with a guide or driver-guide to feel free and to see more the memorable places and museums. And of course, to visit local restaurants with the national French cuisine and local drinks.

Additional services. For a small money, you can make a short trip to the WW2 D-Day battlefields on a real American jeep the “Willis” type from the Second World War.