Private tours in Nice or Cannes or the trips from Nice or Cannes to Provence or along the Cote d’Azur – Riviera with an English-speaking guide by a car.
The most interesting, standard sightseeing and individual, thematic excursions and unusual ones, including military-historical and military-patriotic ones, based on the experience of travels of royalty and the Leader of the world proletariat Comrade Lenin, merchants of the 1st guild, government officials from Emperor Nicholas II to the present day, Cossacks and youth associations of Russian emigration. When describing the tour, we attach our own photo galleries for the last quarter of a century, photo albums made at the beginning and middle of the last century, and in some cases even views from the end of the 19th century. 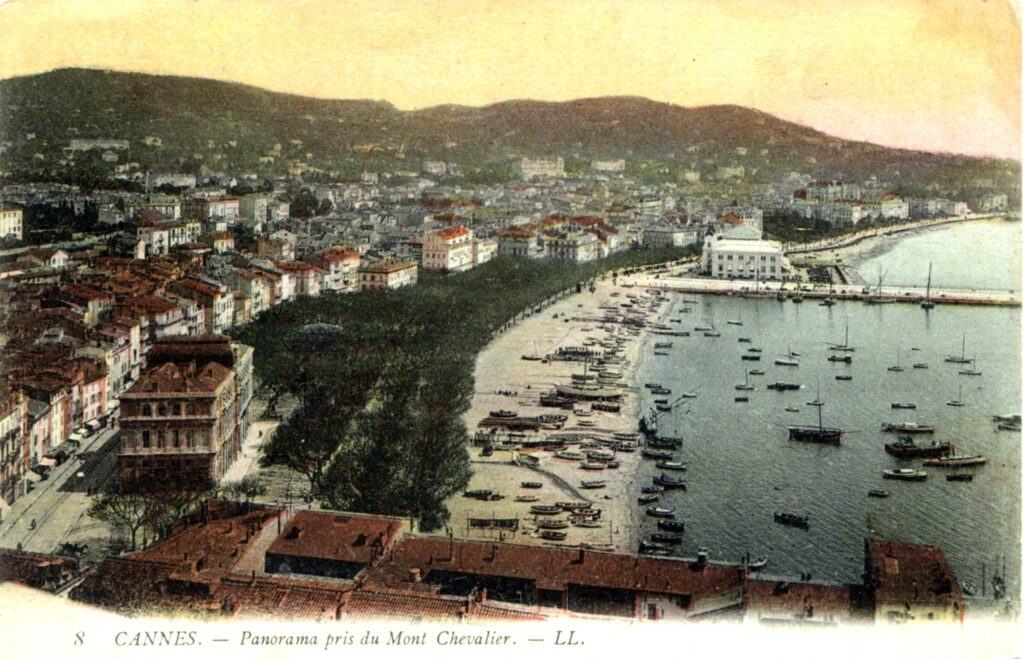 Sightseeing tours in Nice with an English-speaking guide
If you look from the height of the mountain on which the Castle is located, it seems that the Bay of the Angels (La Baie des Anges) crashes into Nice in a graceful arc. The city was once named after Nike, the goddess of victory, and was founded by the Greeks in 400 BC. The beautiful port, the Genoese quarters of the old city, the luxurious villas of the Belle Epoque period testify to the rich history of the capital of the Alpes-Maritimes. The city is different, with great contrasts between the Garibaldi area and the Boulevard des Arts (Promenade des Arts), which illustrate the development of the city. Late 19th century hotels and many monuments throughout the city.

On the Cimiez hill, with its Roman baths and arenas, there is the Regina Hotel, the winter residence of Queen Victoria, the amazing Matisse Museum in an 18th-century mansion. in an olive grove, a Franciscan monastery with gardens and a rose garden. The most beautiful Cathedral of the Russian Diaspora, recently restored and opened, is also located in Nice. An attraction of Nice for hundreds of years (!) Is the English embankment (Promenade des Anglais), located along the Bay of Angels. 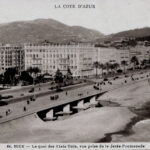 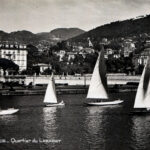 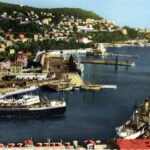 Thematic tours around Nice
There are many museums and places of interest in Nice and the surrounding area. For example, the National Museum of the famous artist Marc Chagall. To visit the museum, you can order a personal special English-speaking art historian guide.

The top beautiful villas of the Côte d’Azur, forts and Villefranche bay
For more than a hundred years, this route has been in great demand among tourists from all over the world. The first walks were on horse-drawn sledges, then they switched to Renault and Peugeot cars. The Second World War interrupted travel for a while (we do not consider German and Italian officers to be full-fledged tourists), but later everything was restored as before. For lovers of military history, especially of the Second World War, we can slightly change the program in order to spend more time visiting the forts. All our routes and tour programs are individual, you can change them at any time. Just tell the guide and driver. Below is a recommended (basic) program and its description.
Fort Mont Alban (Le fort du mont Alban). From its height, a wonderful panorama of the bay of Villefranche (Villefranche-sur-Mer) and the “peninsula of billionaires” Saint-Jean-Cap-Ferrat (Saint-Jean-Cap-Ferrat) are clearly visible. For lovers of antiquity and fortifications, a little more time is clearly required here. World War II, occupation by Italy and Germany, Allied landings in Provence. A fort is always a military engineering structure.
After descending down to the bay of Villefranche, you will be told the history of this medieval town and its mysterious Citadel. Including about the “Russian trace”, how exactly the “conquest” (peaceful) of the entire Cote d’Azur by the Russians began from here.
Saint-Jean-Cap-Ferrat cape, peninsula. Here you will be shown beautiful and historic villas, seven magnificent gardens that once belonged to Baroness Ephrussi de Rothschild herself. Next, you will have a short walk along this peninsula, where the villas of the wealthiest and most influential people in the world are located.
Beaulieu-sur-Mer. In this beautiful town, you will continue the story with a tour of local attractions and you can visit the Greek villa “Kerylos” (“Sea Swallow”).

Day Trips from Nice and Cannes
sightseeing, educational and unusual, from Nice, Cannes and other beach resorts where you relax.
When developing tour routes, we take into account the possibilities of the new high-speed roads of the Cote d’Azur, the characteristics of the car, calculate the travel time and the stops, and recommend you the best options. But all our tours are really individual, you can change the route and time schedule, include the sites that you like. Well, according to our personal experience, always “something goes wrong”, but in a good way. Sometimes tourists like certain objects, especially the museums, so much that they spend more time than planned. Tours are individual, therefore, in agreement with the guide and driver, you can change it in real time anywhere on the route. Therefore, below are only recommended options that you can change yourself before or during the tour. Below is a list of the best recommended tours for one day or more, along with the cost depending on the type and class of the car (minibus). After looking at our guide, you can make a list of places to visit yourself, tell us your priorities and hobbies (nature, national cuisine, winemaking, history, fortresses, World War II, yachts, etc.), and we will make the best route, calculate time and approximate cost (many high-speed expensive paid ones)

– “Whole Riviera – Cote d’Azur in one day” is what you should start your acquaintance with the Cote d’Azur, and then visit individual cities and charming corners
– Monaco Monte Carlo private tours from Nice (Cannes)- “classic” for tourists, daytime and (or) evening. Night Monte Carlo.
– Cannes and Saint-Paul-de-Vence – the second most popular and very interesting
– Saint-Tropez is a very interesting and beautiful place on the Cote d’Azur, the best beaches, yachts, regattas
– Perfumery in Grasse – magnificent nature, mountains and perfume factories
– Mystery of the Iron Mask. Based on the novel by Alexandre Dumas
– Verdon Gorge (Lake of the Holy Cross) – fantastic beauty
– Tours to Provence  from Nice (Cannes) is a whole series of various routes with visits to various cities such as Avignon, Nimes and even Montpellier. You can include Toulon, the port city of Marseille and the legendary Château d’If. One-day Grand Tour across the entire Riviera or a 2-3 days tour on request.
– One-day trip to Italy with an individual program, bazaars, festivals, San Remo

Car rental with driver or your own tours

So difficult, the mountainous roads, the unfamiliar terrain features make it impractical, and even dangerous, to rent a car to drive it by yourself during your vacation. The fines for the incorrect parking, for inattention and “lack of intelligence”. You can’t relax, you can’t even taste real French wine. The best solution to these problems is to rent a car with a local driver. You and your friends are resting, and the driver is working. You simply point to the cities, objects that you need to visit, and the driver himself calculates everything according to the navigator and personal experience. In addition, the driver (guide) will always tell you the best restaurants, places of interest and the best road options.
In fact, it is better to use a combined method, including
– meeting you at the airport and transfer to the hotel or beach resort
– Sightseeing tour of the Cote d’Azur
– Tours from the list above
– Your own trips with a driver after the initial acquaintance with the Côte d’Azur, Provence and Italy.