Travel Guide Book to the Loire Valley, the most famous and unusual castles. 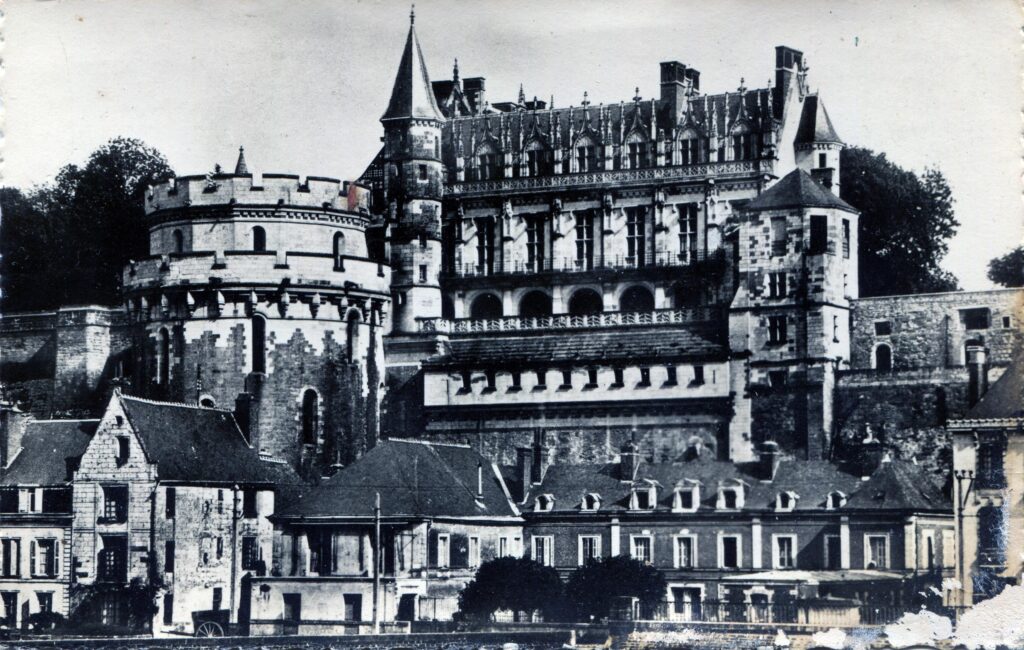 Amboise is a commune in the Indre-et-Loire department in central France, about 2-3 hours by high-speed train or car from Paris. It is located on the banks of the Loire River, 27 km east of Tours. Today it is a small trading house, once it was the House of the French royal court. The city of Amboise is located just 18 kilometers from the historic castle of Chenonceau, located on the Cher river, not far from the small village of Chenonceau. The city is famous for the Clos Lucé mansion where Leonardo da Vinci lived (and eventually died) at the invitation of King Francis I of France, whose Château de Amboise, overlooking the city, is only 500m away. examples of the wooden houses.
Other tourist attractions in the area.
– Just outside the city is the Pagoda de Chanteloup, a Chinese pagoda 44 meters high, built in 1775 by the Duke of Choiseul (Choiseul). The pagoda has seven levels in height, each slightly smaller than the previous one. An internal staircase leading to all levels is open to the public.
– The Musée de la Poste (in the Hotel Joyeuse) is a museum dedicated to the history of the postal delivery service.
A 20th-century fountain by Max Ernst stands opposite the market.

Brief history. Clovis I (c. 466–511) and the Visigoths signed a peace treaty of alliance with the Arvernians in 503, which helped him defeat the Visigothic kingdom at the Battle of Vouille in 507.
Jean d’Arc passed through the town in 1429 on her way to Orléans for the Battle of Patai.
The Château du Clos Lucé was the residence of Leonardo da Vinci between 1516 and his death in 1519. Leonardo died in the arms of King Francis I and he was buried in a crypt near the Château d’Amboise. The house has lost some of its original parts, but it still stands today, home to a museum of Leonardo’s works and inventions, and a beautiful view of the Loire River from its windows.
The Amboise Conspiracy was a 1560 conspiracy by Condé and the Huguenots against Francis II, Catherine de’ Medici and the Guises.
The castle was home to Mary Queen of Scots for most of her early life, who grew up here in the French court of Henry II. She arrived in France from Scotland in 1548, at the age of six, via the French king’s favorite palace at Saint Germain en Laye near Paris and remained in France until 1561 when she returned to their homeland, sailing down the Firth of Forth to Edinburgh on the 15th of August of that year.
The Edict of Amboise (1563) granted Protestants the right to worship freely.
Louis Claude de Saint-Martin, a French philosopher known as “Le Philosophe Inconnu” (“The Unknown Philosopher”, died in 1803), was born here in 1743.
Abd el Kader ibn Mouhi Ad-Din (Abd el Kader Ibn Mouhi Ad-Din, circa 1807-1883) was imprisoned at the Château d’Amboise.
The Second World War: the German military units were located, the anti-aircraft guns are visible in the photo.
During 2019, the year of the 500th anniversary of da Vinci’s death, Amboise held many events commemorating the life of the master and his work completed in the city. For example, the number of visitors to the Château du Clos Lucé in 2019 was estimated at 500,000 people, which is 30% more than usual. 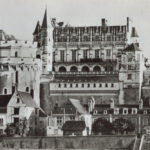 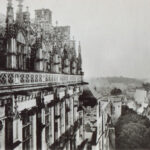 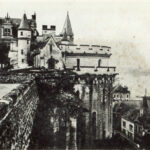 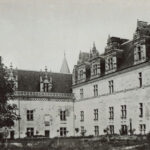 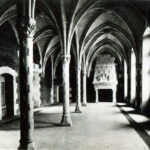 Guide – and description of the Amboise castle
The castle of Amboise, confiscated by the monarchy in the 15th century, became a favorite royal residence and was carefully rebuilt. King Charles VIII died at the castle in 1498 after hitting his head on a door lintel. From the second half of the 16th century, the castle fell into disrepair, and most of the internal buildings were later demolished, but some survived and were restored along with the outer defensive ring of towers and walls. The French Ministry of Culture has recognized it as a historical monument since 1840.
The castle was built on a spur of the Loire River and is located at an altitude of 81 meters. The strategic qualities of this place were recognized even before the medieval construction of the castle, and the Gallic oppidum was built here. At the end of the 9th century, Ingelgarius became viscount of Orléans and, through his mother, was associated with Hugh Abbot, tutors of the French kings. Ingelgarius married Adelais, a member of a prominent family (the bishop and archbishop were her uncles) who controlled Amboise. He was later made Count of the Angevins and his rise can be attributed to his political connections and reputation as a warrior. Amboise Castle passed through the heirs of Ingelgarius and Adelais, and went to their son Fulk the Red. As Fulk the Red expanded his territory, Amboise, Loches and Villetrois formed the core of his domain. Amboise lay on the eastern border of the Angevin possessions.
Amboise and his castle passed through the family to Fulk Nerre in 987. Fulk had to contend with the ambitions of Odo I, Count of Blois, who wanted to expand his territory to Anjou. Odo I was able to enlist the support of many followers and instructed Conan, Count of Rennes, Gelduin of Somre and Abbot Robert Saint-Florent de Saumur to harass Fulk’s domain. While Conan was busy on the western border of Anjou, Gelduin and Robert attempted to isolate the easternmost castles of Amboise and Loches by raiding the lands of Saumur and disrupting communications. To further threaten Amboise, fortifications were erected at Chaumont and Montsoreau while Saint-Aignan was garrisoned.

Virtual tour, the old and modern views.
Kingdom at the beginning of the reign of Charles VIII. Military campaigns of the King of France in Italy and the arrival of the first Italians in Amboise.

On the terraces. Erto tower. Chapel of Saint Hubert and the burial place of Leonardo da Vinci. Stained glass. Backyard and moat in front of the royal palace.

Gothic palace. Entrance, guardroom and gallery (observation point). Room of the guard of honor and tambourines. Annexation of Brittany.

Council Hall. Francis I (1494 -1547), patron of the arts of the Renaissance. The Amboise conspiracy and the background of the Wars of Religion.

Chambers of the Renaissance: The butler’s hall. Bedchamber of Henry II. Rope front and the Order of the Archangel Michael.

The vicissitudes of fate, the monarchs and the move to Ile-de-France.

Opening hours of the castle for visitors. Open to visitors throughout the year except January 1st and December 25th.

How to visit on your own or book a tour.