Our private author’s tours of the Taxi Drivers Union from Nice (or Cannes, Saint-Tropez) to Provence, Toulon, Marseille for one day (2 days or more), the sightseeing, historical or WW2 battlefields.
The recommended program of the Nice (Cannes) trip to Provence with a guide in English, designed for 10 hours with a visit to the cities of Cote d’Azur and Provence. All routes are individual and you yourself can include interesting places from the proposed list below, only taking into account the time. Mini guide, what interesting things you can see and include in the program..

In Avignon we will see the Papal Palace of the 14th century, surrounded by an impressive fortress wall of the same era, the famous dilapidated bridge of St. Benezet of the 12th century, about which the famous French song is composed, about the famous Provencal river Rhone, which has always been admired by the inhabitants and guests of Provence, we will see a very picturesque historical center with a huge number of theaters and ancient temples and chapels, we will visit the most significant cathedral Notre-Dame-de-Dome, and we will see Provence from a hill above the Papal Palace! 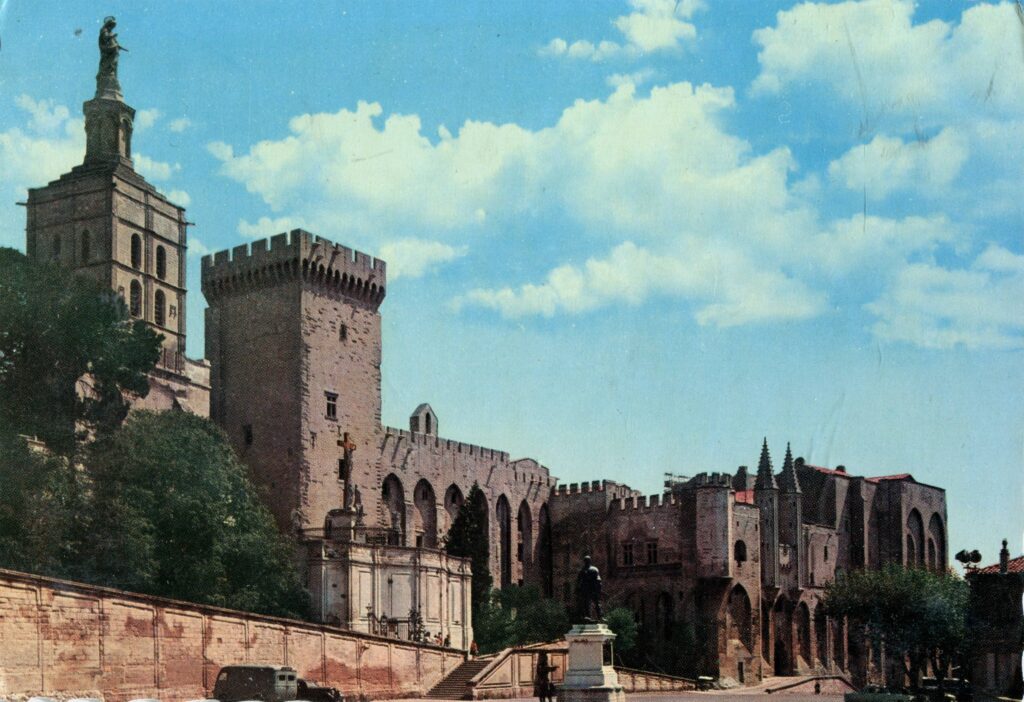 Nimes – ancient city.
Nimes is a very interesting city with its ancient monuments, such as the ancient Roman amphitheater for 24 thousand spectators, where gladiators used to fight, and now bullfights are held, with its giant Pont du Gard aqueduct bridge to supply the city with water and other ancient structures.
On the way to Avignon, you can see another wonderful city – Arles, which was so loved and loved by artists and guests of the city. It is called Little Rome. Once it was even the capital of the Western Roman Empire. There you can see the ancient theatre, an amphitheater for 21 thousand spectators, on which bullfights Pablo Picasso loved to visit, the famous Cathedral of St. Trophime of the 12th century, places associated with the life and work of Van Gogh, who painted his famous apartments there.
Impressions from this city will be more vivid than from visiting Nimes and it is closer.

Marseille is Marseille, no comment
The legendary port city with ancient buildings, streets, museums and a rich history. Three ! fortresses, the Basilica, the Palace of Emperor Napoleon III, museums…
Castle Château d’If, Marseille
When visiting the city of Marseille, you can also visit the legendary castle – fortress – If prison, where Edmond Dantes, aka the Count of Monte Cristo, “sat”. Here is such a hybrid excursion from a combination of fictional heroes of Alexandre Dumas and no less interesting reality of the Middle Ages. A beautiful and interesting place that has been in demand among tourists for the last hundred years at least.
If you wish, you can taste and buy Provence wines!
Along the way, the guide-guide will talk all the time about all the most interesting things from the history and life of Provence! It is possible to stop at will for photographing at beautiful places or for coffee (wine) breaks ..

Toulon, quick guide and top attractions to visit.
Toulon is a famous naval base, a port city, a French legend. There is an ancient fortress and the National Naval Museum. Mount Faron offers a magnificent panorama of the city and its surroundings. There is also a World War II war memorial here.

Sightseeing one-day tour to Provence from Nice. The cost for 10 hours is 890 €, for the whole company (specify the capacity of the car when ordering, usually up to 3 people)
Each additional hour +80€

“Grand Tour” along the Cote d’Azur and the Western Riviera from Nice, Cannes and other resort cities) by car with a Russian guide. A trip along the entire coast of the Côte d’Azur from Nice to Toulon with a visit to Saint Tropez.

Tour could be started directly from Nice or Cannes airport.