A Brief History of the Vincennes Zoo in Paris
Since 1794, there was a “Menagerie” in Paris – a small zoo in the Botanical Garden, going through difficult times after the Prussian war. After the end of the First World War, France restored its national economy and began to hold large international exhibitions, the most famous of which was in 1931. With many colonies in various parts of the globe, the 1931 international exhibition in Paris featured many pavilions representing France’s overseas possessions. Especially for this event, Paul Lemoine made a temporary exhibition of exotic animals in Paris. Numerous tourists from all over the world visited both the exhibition of colonial possessions and this temporary “zoo”. The success of this event inspired the creation of a large new zoo in the Bois de Vincennes area, equipped with the most modern technology of the time. The new type of zoo imitated the natural habitat of animals instead of ordinary cages. According to the technology invented by the owner of the world’s largest zoological firm, Karl Hagenbeck, a new type of enclosure for zoos has appeared, using ditches instead of gratings. 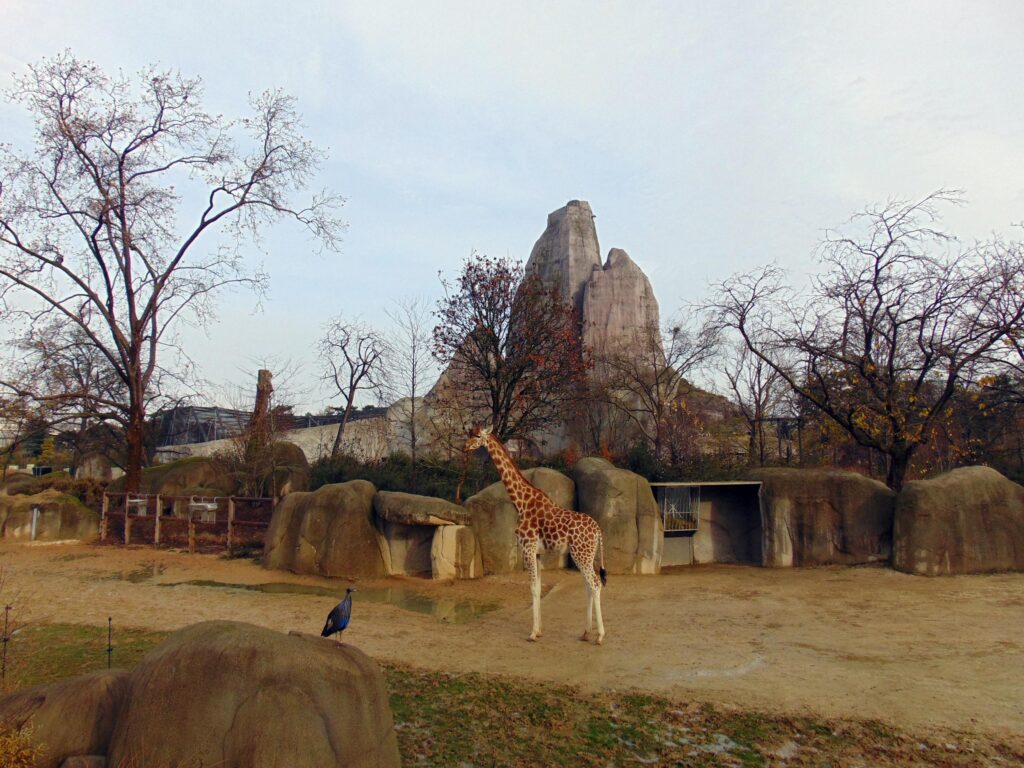 The new Paris zoo, called Vincennes, was opened in 1934. Located on the outskirts of Paris near the Château de Vincennes, in a picturesque location, the zoo covers an area of over 14.4 hectares. It presents entire corners of various continents and even has an artificial 65-meter rock.
From 2008 to 2014, the zoo underwent a major renovation.
The Paris Zoo in the Bois de Vincennes is one of the largest and most famous in the world. The zoo is part of the National Museum of Natural History, as well as the Botanical Garden and the Museum of Ethnography.

Structure of the Zoo Vincennes in Paris, guide book and map.
Map.
The zoo consists of 5 zones representing different geographic habitats:
– Patagonia – South America – 16570 sq. m.
– Sahel (Sahel-Soudan) – tropical savannah in Africa – 45215 sq. m.
– Europe (Europe) – 10800 sq. m.
– Guiana (Guyane) – Amazon jungle – 12530 sq. m.
– Madagascar – 9655 sq. m.
On the territory of the zoo there are several closed pavilions with a microclimate, as in the original habitat. In total, the zoo presents more than a thousand animals of 179 different species, many of which are listed in the Red Book.

Unofficial information.
France, being a colonial country, needed a place to train soldiers of the foreign legion and other units serving in overseas territories. The study of nature, flora and fauna, especially poisonous snakes and spiders for soldiers in such a natural “training center” had a purely practical purpose. It is no coincidence that in front of the entrance to the Vincennes Zoo there is a memorial complex dedicated to French soldiers fighting in the overseas territories of France.
In keeping with the tradition of scouting, including Anglo-American and Australian, such a park is also a practical training ground for learning about both the overseas territories and the dangers that await in the jungle.
In addition to foreign legion soldiers and scouts, visiting this zoo is very useful for the tourists traveling around the world. Not so much from a cognitive point of view, as from a safety point of view – a “short course of dangers” (or survival) that await tourists in different parts of the globe. Therefore, visiting the zoo for both adults and children is not only a pleasant pastime, but also a very practical and useful activity in terms of survival and safety.