Versailles Palace and Park Complex. We invite you to visit the palace and park ensemble of Versailles, which is one of the most famous monuments of world cultural heritage and is the most complete and perfect example of French art of the 17th century. The ancient brick and stone castle that belonged to Louis XIII was rebuilt and expanded by his son, King Louis XIV, who turned it into a royal residence and moved the court and government here in 1682. The city built around the palace is a witness to many historical events (churches, mansions, ancient squares and streets, etc.) 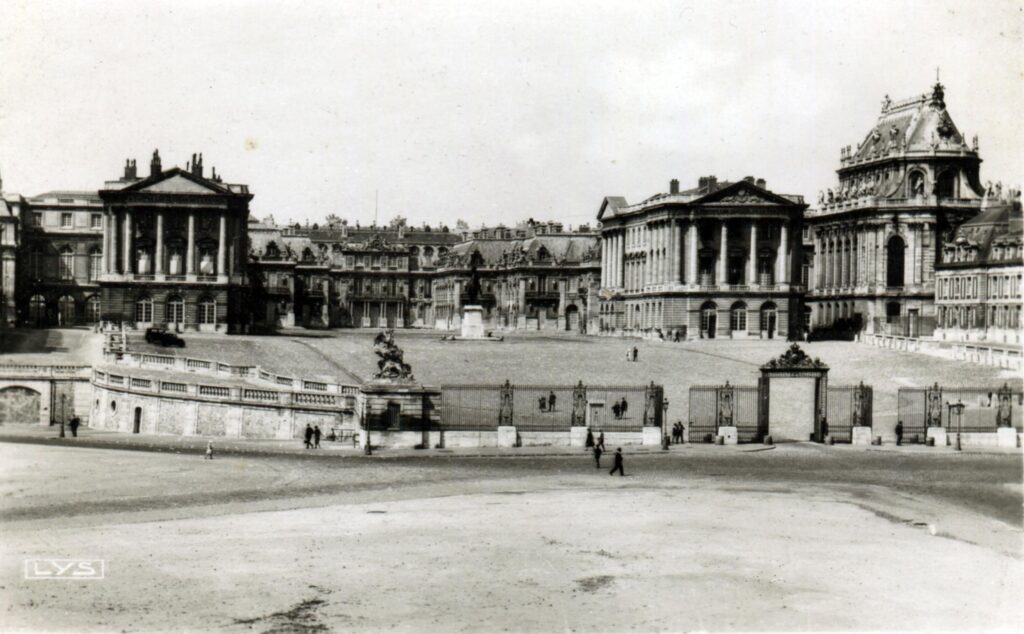 The large number and variety of itineraries on offer allow you to explore the magnificent ensemble of Versailles according to your desires and tastes. Starting your tour from the royal front yard, you can take various walks in the palace park, and then along the alleys and bosquets to reach Trianon and the possessions of Marie Antoinette. 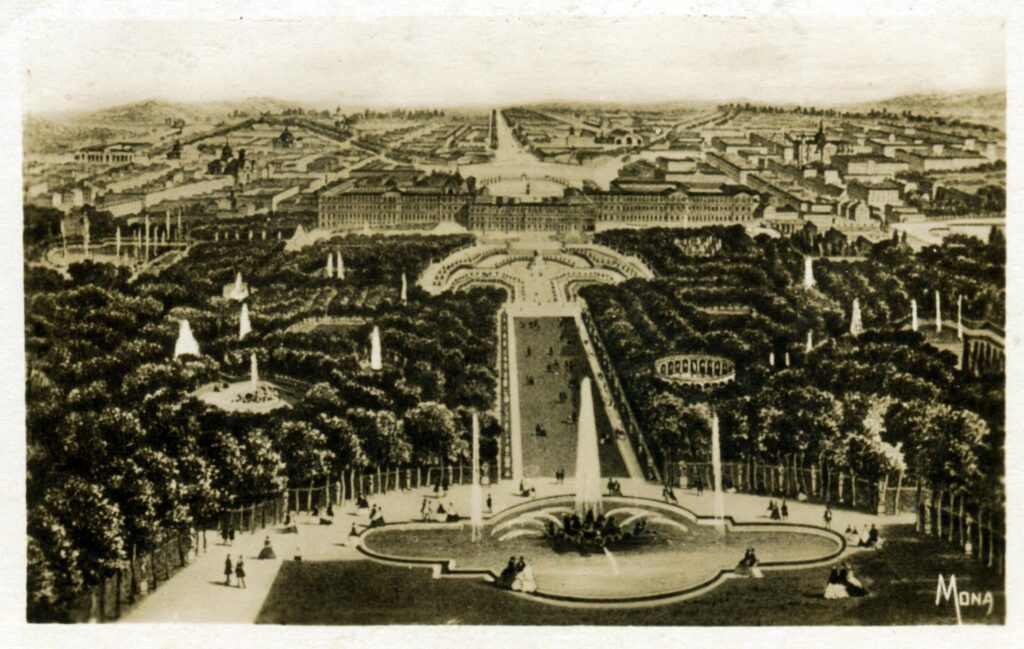 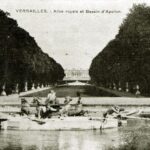 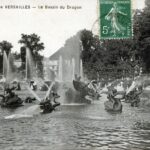 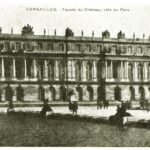 In 1661, Louis XIV began work on the rebuilding and expansion of the modest castle of Louis XIII and entrusted this project to two architects – first Louis Leveau and then Jules Hardouin-Mansart. Work did not stop until the death of Louis XIV in 1715. In the 18th century, during the reigns of Louis XV and Louis XVI, the decoration of the castle continued, and new front rooms appeared in it. In the very first days of the French Revolution, on October 6, 1789, the monarch left Versailles. In 1837, King Louis Philippe solemnly opened a museum dedicated to the “glory of France” here.
Hunting castle. At the beginning of the 17th century, a small village of lumberjacks was located here and there was already an old castle. Louis XIII purchased these lands and in 1624 Philibert le Roy built for him a small castle of stone and brick (nicknamed “house of cards” by Saint-Simon). The king, like all Bourbons, who adored hunting, used this building as a large “hunting house”, for drying wet clothes or cooking. The house was located on the site of a modern marble courtyard and had dimensions of only 24 x 6 meters. It went down in history as the place of reception in November 1630 of Richelieu and the appointment of the latter as a minister. In 1632, the territory expanded due to the purchase of the Versailles estate from the Archbishop of Paris from the Gondi family, and a two-year restructuring began. Later, the old castle was destroyed and the place fell into oblivion during the Regency period, as Anne of Austria and Mazarin preferred the Palais Royal, Saint Germain and Vincennes.
Louis XIV. Beginning in 1661, the “Sun King” Louis XIV spent more than half a century building work to make Versailles his residence, since after the Fronde uprising it became unsafe to live in the Louvre. Construction ceased during the next war and resumed after the conclusion of peace. The king was well versed in construction and, accordingly, demanded the same attitude from his assistants, especially Collier. He personally participated in the development of the garden project, chose artists and architects: in addition to Le Brun, Louis Le Vaux and Le Notre, he invited talented Italians and Flemings. The interior of the palace was decorated with carpets from the hill of Chaillot, fabric, silver and silk from Lyon, faience from Rouen, mirrors from Saint-Antoine. Thousands of craftsmen from Normandy worked. In 1680 there were 36,000 workers. Stone and marble came from the Jura Mountains, Languedoc and Provence. The old castle was renovated and used for lavish receptions. Since 1668, a new palace has been built in Versailles, later connected to the old Mirror Gallery. The architect Le Vaux built the new palace in the Italian style with a stone facade and balustrades. On the site of the former swamps, Le Notre equipped the Garden with pools, shrubs and fountains. In 1677, Louis XIV declares Versailles a royal residence, but the expansion of the palace has not yet been completed (head Jules Hardouin-Mansart, nephew of the famous Francois Mansart). Upon completion of the work, the area of ​​the palace was increased 5 times. Two new wings were added to the two palace buildings, connected by a mirror gallery – North and South. A greenhouse with stairs was built. In the center of the palace, apartments are being built for the king and queen, in the north – for the princes, and in the south – for the courtiers. The wing from the side of the city was intended for ministers. Thus, the palace began to have the shape of a star. Hardouin-Mansart and his son-in-law Robert de Cotte built the Chapel Royal, consecrated in 1710. Large and Small stables were also built.

Louis XV. A few years later, Louis XV and his court return to Versailles and construction continues. The king’s private apartments appear. Evil tongues say that for the convenience of receiving girls, but according to the official version, they are made for state affairs. There are also new chambers of Queen Maria Leshchinsky, as well as Madame Adelaide (as they say, the king loved all the Leshchinsky sisters in turn). Since 1668, the management of all new buildings was entrusted to the architect Jacques-Ange Gabriel, who added a magnificent theater to the northern wing of the palace. The Le Brun Embassy Staircase, the ceremonial path to the palace, was broken in order to build apartments for the daughters of Louis XV.

City development. Around the palace, a city gradually began to emerge from artisans who supplied the royal court. During the residence of Louis XV and Louis XVI in Versailles, the population of the city reached 100 thousand people, but later decreased after the forced relocation of the king to Paris.

On May 5, 1789, the Estates General, representatives of the nobility, clergy and bourgeoisie, met in Versailles. On May 17, after the king closed the meeting for political reasons, the deputies declared themselves the National Assembly and retired to the Ballroom. The Popular Assembly or National Assembly, which exists in France to this day, opened a new era in the history of the country. On May 20, the Constitution was drafted in the Ball Game Hall. On October 5-6, 1789, a crowd from the Parisian suburbs, and then the national guard under the command of Lafayette, appeared in Versailles demanding that the king and his family, as well as the National Assembly, move to Paris. Submitting to the pressure of brute force, Louis XVI, Marie Antoinette, their retinue and deputies moved to the capital. Versailles ceased to be the administrative and political center of France. Rebels, crooks and merchants ravaged the palace, and later sold its remaining property at auction. In 1799, Napoleon Bonaparte came to power in France, who took Versailles under his protection and ordered the architect Jacques Gonduin to begin its restoration. In 1808, the restoration of the palace began: golden panels and mirrors were restored, furniture from the Louvre and Fontainebleau was transported. Various plans for further construction at Versailles were presented, but the collapse of the empire prevented them from being carried out. The Bourbon dynasty came back to power.

Franco-Prussian War. After the defeat of France in the Franco-Prussian War, Versailles from October 5, 1870 to March 13, 1871 was the residence of the main headquarters of the German army. On January 18, 1871, the German Empire was proclaimed in the Mirror Gallery, and Wilhelm I became its Kaiser. The place was defiantly chosen to humiliate the French, for which they later in 1919 got even with them. On February 26, 1871, the Preliminary Peace Treaty with France was signed in the same mirror gallery. In March, the evacuated French government moved the capital from Bordeaux to Versailles, and in 1879 again to Paris. At Versailles, the decision was also made to crush the French Commune and its Communards.
World War I and the Treaty of Versailles. At the end of World War I, a provisional truce was signed in the hall of mirrors, as well as the Treaty of Versailles, which the defeated German Empire was forced to sign. The French chose this historical place specifically to humiliate the Germans. The enslaving and humiliating conditions of this agreement (including huge indemnities and the admission of one’s own guilt) laid a heavy burden on the shoulders of the young Weimar Republic, which gave rise to the causes of Nazism in Germany. 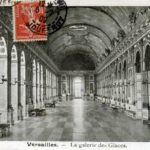 World War II and the post-war period. During the German occupation, no special events were noticed. All establishments were operating as normal. For the first time, cadets of the Russian Corps-Lyceum named after Nicholas II were allowed to walk in their uniform. Once the corps was visited by representatives of the German command.
After World War II, the Versailles complex became the site of German-French reconciliation. In 1952, the government of the republic allocated 5 billion for restoration and made an appeal to patrons. All of France began to collect people’s money for restoration. Gradually, all valuables returned to Versailles.
Beginning in the 1950s, an obligatory “protocol ritual” was formed: every head of state visiting France was supposed to meet the President of France at the Palace of Versailles. Only in the mid-1990s did this “ritual” stop and the meetings were moved to Paris. In the 1960s The Grand Trianon was completely restored. In 1979, Versailles was included in the UNESCO World Heritage List, and since 2001 it has been a member of the Association of European Royal Residences.