The North Station (French Gare du Nord) is an architectural monument and a major transport hub of Paris, the official name is Paris-Nord. 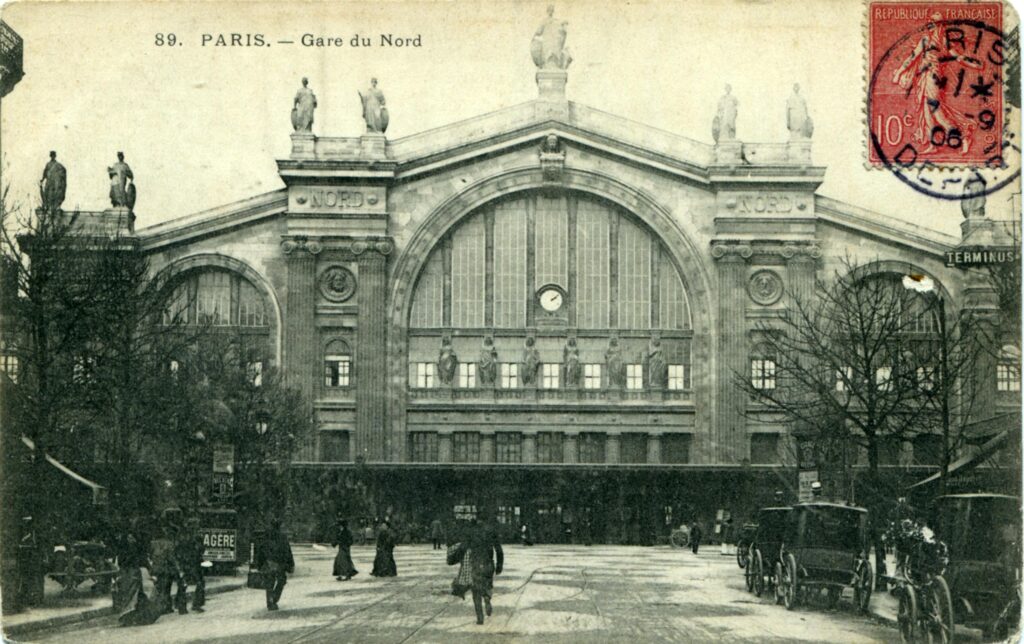 History of creation. For the first time, a station on an existing site was built by order of the Chemin de Fer du Nord railway company and opened on June 14, 1846. In the same year, the construction of the Paris-Amiens-Lille railway line was completed. The station was too small and could not cope with the flow of passengers. In 1860, it was dismantled and moved over stones to Lille, where the newly assembled building still serves as the premises of the Lille Flanders station.
The president of Chemin de Fer du Nord, James Mayer de Rothschild, hired the architect Jacques-Iñas Hittorf to design the new building. Construction continued from May 1861 to December 1865, but the station was opened unfinished in 1864.
The facade of the station is made in the form of a triumphal arch. The building is stone, the roof is supported by cast-iron structures. The supporting columns on the outside of the station were cast in England, as at that time no other country in the world had a foundry of this size. The façade is adorned with sculptures symbolizing the cities to which the company’s trains ran. Eight large statues (London, Vienna, Brussels, Warsaw, Amsterdam, Frankfurt, Berlin, Cologne) belong to international traffic, twelve smaller ones located on the facade below (Arras, Laon, Lille, Beauvais, Valenciennes, Calais, Rouen, Amiens, Douai , Dunkirk, Cambrai, Saint-Quentin) belong to the internal communication, these are the cities of northwestern France.
The station has been expanded many times due to the increase in passenger traffic. So, in 1884, five new tracks were added, in 1889 – additional tracks for suburban traffic. In 1906, the station was connected to a metro station (line 4), in 1908 another station was built on line 5. In 1958, the tracks were electrified, however, steam-powered locomotives were used until 1971. Most trains (85% of passenger traffic) are becoming commuter services. The station building acquired the status of a historical monument in 1975.

Cold war period. At the time of the USSR, the Moscow-Paris train came to the North Station, which was then canceled for a long time (since 2011, traffic has been restored, but on a different route – through Minsk, Warsaw, Berlin, Hannover, Frankfurt, Strasbourg, Nancy. Russian train # 23 Moscow-Paris is now arrives at the East Station. 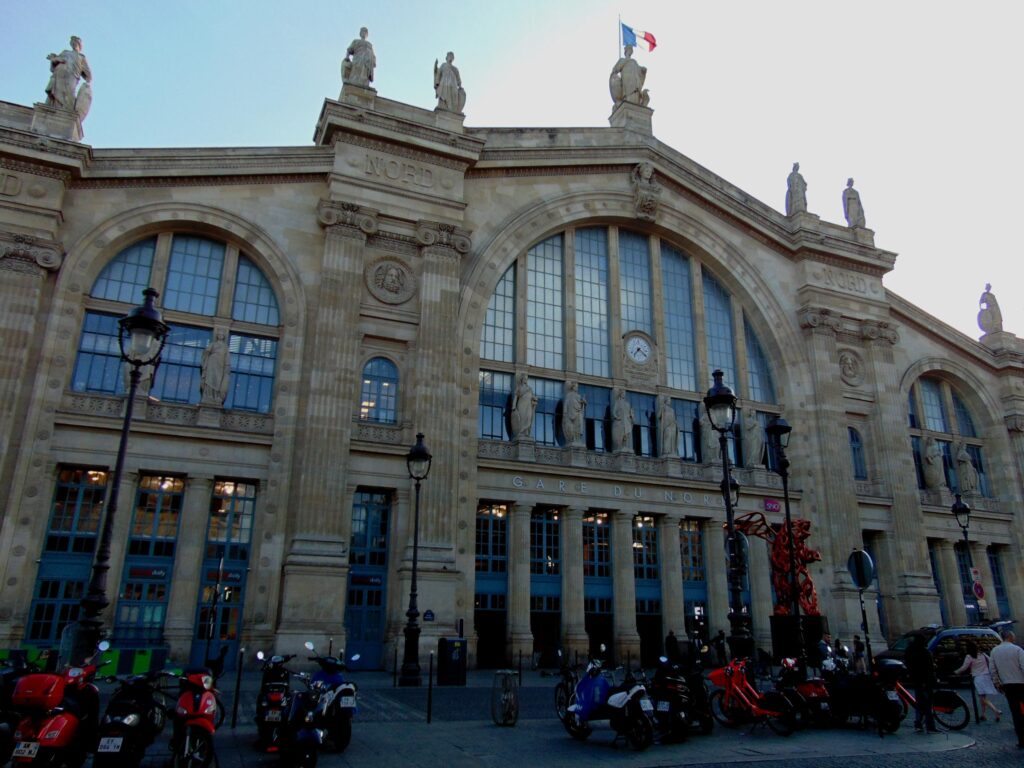 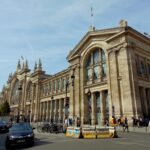 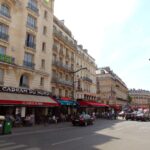 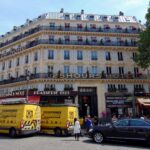 Transport node Paris-Nord.
Since 1994, in connection with the commissioning of the Eurostar line to London, a significant reorganization of the access roads has been carried out, bringing them to a modern look:
Platforms 1 – 2: Service platforms, closed to passengers
Platforms 3 – 6: Ultimate Eurostar
Platforms 7 – 8: Thalys departs for Brussels, Amsterdam and Cologne.
Platforms 9 – 29: LGV Nord, long distance trains, TER Picardie
Platforms 30 – 40: Suburban service
Platforms 41 – 44 (underground): RER B and D