Photo: A monument on the site of the former fortress-prison, destroyed by the Parisian “communards” as a symbol of the “oppression of the working people” 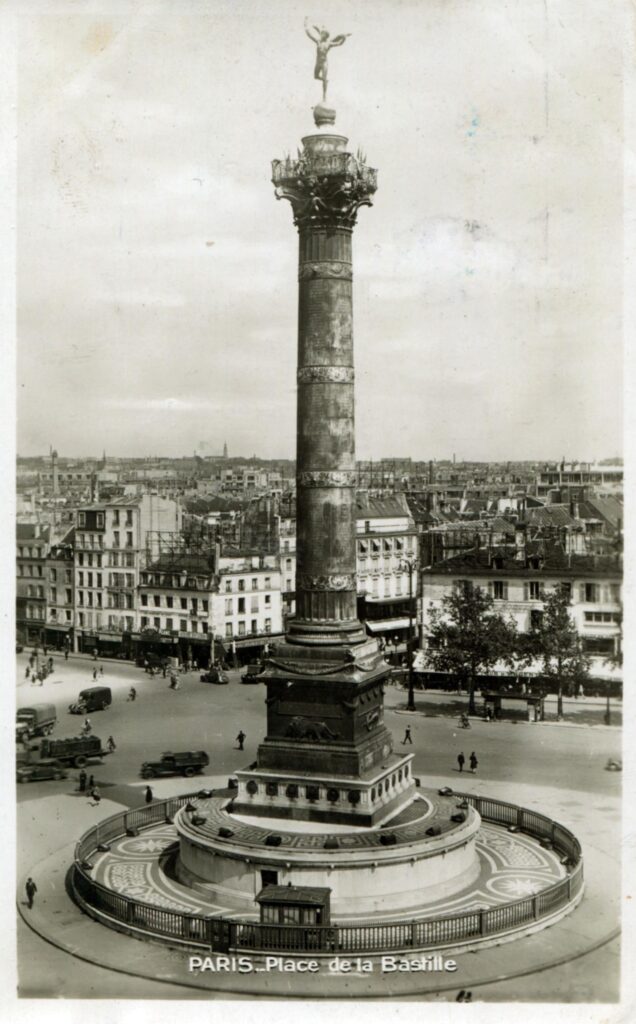 Bastille Square (French la place de la Bastille) is a square in Paris that owes its name to the Bastille fortress, destroyed during the French Revolution. It is the intersection of more than ten streets and the boulevards.
Fortress Bastille. At the beginning of the French Revolution on July 14, 1789, the fortress was taken by the revolutionary-minded population. It took three years to dismantle the fortress. From house number 5 to house number 49 along Henry IV Boulevard, a line was laid out with paving stones, which indicates the contours of the walls of the destroyed fortress. A sign was placed on the wasteland with the inscription “Désormais ici dansent”, which means “From now on, they dance here” and every year folk festivals began to take place here. The tradition is still preserved.

July column. In 1833, Louis Philippe I decided to erect the July Column in the square in memory of the “three days of glory” from July 27 to July 29, 1830 during the July Revolution. Its opening took place in 1840.

Today, various concerts, fairs, marches are held on the square, this is the starting point for many demonstrations – political, trade union, May Day and others. Parisian youth gather here in numerous cafes, restaurants and nightclubs. On July 14, the largest Parisian ball is held here.

Interesting Facts. Once upon a time, Napoleon wanted to erect a giant monument elephant in honor of his Egyptian campaigns on the site of the Star Square. instead of the Arc de Triomphe. The idea did not pass (well, it’s not nice for his troops to walk between the legs of an elephant, and even under the “interesting” organs of the body. A huge model of the monument was built from wood and plaster.
But there was an elephant in Place de la Bastille. The Directory placed the model of an elephant on a pedestal plate. Readers in Russia know about this from Victor Hugo’s novel about Gavroche. As it is written in the novel, rats lived in the elephant in Place de la Bastille and the boy Gavroche spent the night. When the elephant fell into complete disrepair, it was dismantled and the column that we see now was installed.