Trouville (Trouville-sur-Mer). Located at the mouth of the river Touques (La Touques), where it flows into the sea strait of the English Channel, the famous beach resort of Trouville occupies the entire coast to the right in the direction of the current at the foot of the green hills. On the other side of the Touques River, Deauville already begins, so the railway station has the double name Trouville-Dauville. 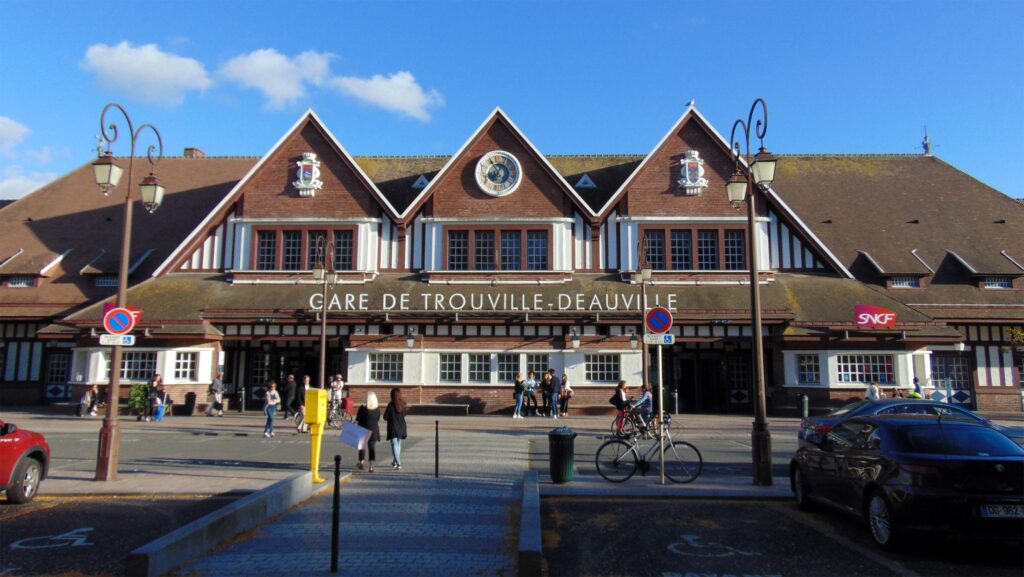 At the beginning of the 19th century, there was a small fishing village of Saint-Gatien-des-Bois, which attracted the attention of the famous French romantic writer and journalist of the Gazeta de France, Gutinje. Having built a chalet here, a half-Norman half-Swiss guest house, he began to invite here his friends writers and artists, the beau monde of France of those times – Charles Nodier, Saint-Beuve, Alfred de Musset. But the best advertisement for this place was given by businessman and PR-man Alexander Dumas, known in Russia only as a writer. So in terms of popularity, the Trouville resort was ahead of Le Havre and Dieppe. In 1836, the wife of a famous surgeon from Rouen, Madame Flaubert, brought her son Gustav, the future famous writer of France, to rest here. Anne-Justine-Caroline Flaubert, a businesswoman, bought here and in the vicinity of land and forests, and her fifteen-year-old son had seen enough of women with bare breasts, neighbors at the Golden Lamb Hotel, and over time created her literary image in his novels, which everyone read France. This is how the beaches of Trouville entered French literature and became fashionable for trips from the capital. The development of roads and a direct railway line to this resort closest to Paris made it a favorite vacation spot for residents of the capital. Middle-income people built houses on the river bank, and expensive villas appeared along the seashore and on the hillsides, competing with each other in luxury and fantasy. The center of this large secular “hangout” was a sandy seaside beach. Hotels and the first casino began to appear. Resort-exotic architecture reigned. The first houses were built in the “oriental” style, such as the “Persian Villa” of Princess de Sagan. Later, in the pseudo-old style a la Louis XVI, villas of the Esmeralda type were built. But in the middle of the 19th century, there was no longer enough space on the coast, as well as land on the slopes of the hills, and resort and summer cottage construction moved to the other, left bank, of the Touques River. This is how Deauville was formed, which will be described below. The chronicle of the two seaside resorts began to develop as a whole.