Below we offer classic sightseeing tours from Nice towards Cannes and surroundings. Before compiling your individual itinerary, we recommend that you look in our travel guide for a brief description of the cities and places of interest along the route (Cannes and other places).

Saint-Paul-de-Vence, a medieval village that turned into a fortress during the reign of Francis I. Buildings and structures are perfectly preserved, which attracts tourists from all over the world. Magnificent landscapes and ranges of colors served as inspiration for the most famous artists who turned Saint-Paul into an “artistic Mecca”
Here you will see ancient cobbled streets, medieval houses, fortifications and, of course, art workshops and galleries. Optionally, you can also visit the Louvre of the Cote d’Azur, as one of the local museums is called.
Cannes is a city of film festivals and world cinema stars that grew out of an ordinary fishing village … 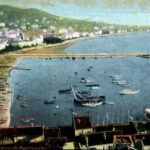 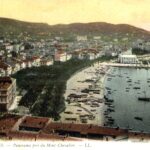 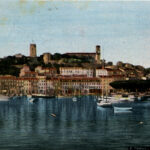 2. view from the pier 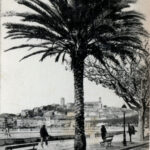 Pedestrians on the promenade 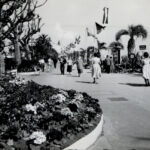 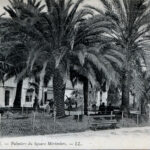 When you slowly (because you are often asked to stop for photographs) nevertheless descend from the foothills on the coast to the city of Cannes, you will find yourself on the most famous part of the Côte d’Azur, often shown on all television channels. This is the Palace of Festivals, surrounded by hotels of the Belle Epoque period, the most expensive boutiques and yachts, beaches with fine white sand. Walking along the promenade along the Croisette, you can climb the hill near the Church of Our Lady of Good Hope and see Cannes from above. And the city, and the embankment and the old port with yachts.
La Napoule. Due to the growth of cities and towns in this area, located near the city of Cannes, the administrative division and name changed several times. La Napoule is also called the “Capital of the Mimosa”.
At the moment, Mandelieu-la-Napoule (French Mandelieu-la-Napoule) is a commune in the Provence-Alpes-Côte d’Azur region, Alpes-Maritimes department, Grasse district, the administrative center of the canton of Mandelieu-la-Napoule. Previously, until March 2015, the commune was the administrative center of the canton of West Mandelieu-Cannes (abolished)
Like most cities and communes of the Côte d’Azur, this area is a tourist area with many beaches, hotels and developed infrastructure for sports and recreation. The commune is also home to historical sites, including two castles:
– Napoule Castle (château de la Napoule)
– castle (château d’Agecraft) and touristic recreation center 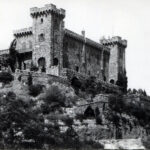 Napoule is a big port! Boats and yachts. Ports and beaches are the hallmark of Mandelieu-la-Napole. The city takes great interest in and ensures the quality of the facilities and the cleanliness of the beaches and bathing waters. Moreover, the commune has more than 5,000 sea routes between 7 ports and the coast of Xi’an. An exceptional port park that is rated at 1st level in the PACA region, behind Marseille.
– Municipal port, Port of Rio de la Argentre: 150 places.
– 2 licensed ports: Port of La Napoule (917 places) and La Rague (560 places)
– 3 private ports: Inland (800 m.), Port de Cannes Marina (1769 m.), Port du Marco Polo (250 m.), Port Marina Park (95 m.)
Napoule and Beaches. Golden Sands Beach has a special status, marked with the Blue Flag international quality certificate, which guarantees its cleanliness and service.

Unusual private historical and battlefield tours in Nice
“Flight of the Eagle” or Napoleon’s Road Cannes – Grenoble
– Tour from Nice or Cannes (any part of the French Riviera) for 1-3 days
– Trip from Grenoble or Lyon (any mountain resort in the Alps) for 1-3 days
This tourist route was officially introduced back in 1932 and to this day is in great demand both among fans of military history and among ordinary tourists from all over the world. Beautiful nature, national sights of France from the perfume factory in Grasse to forts and museums, mountains and ancient cities. And this is all “Napoleon’s Road”. What is it like, what cities and sights? See route below