The Sacred Heart Basilica (French: Basilique du Sacré Cœur) or simply Sacré-Coeur of Paris, literally “Basilica of the Sacred Heart”, that is, the Heart of Christ) is a Catholic church in Paris, built in 1875-1914. designed by the architect Paul Abadi in the Roman-Byzantine style, located on top of the Montmartre hill, at the highest point (130 m) of the city.
From the top of Montmartre, where a wide multi-tiered staircase leads, a panorama of Paris opens and a view around in clear weather for 50 km.
The height of the main dome is 83 m, the height of the bell tower is about 100 m. One of the bells of the basilica – “Savoyar” (la Savoyarde) – weighs 19 tons with a tongue of 850 kg, cast in Annecy in 1891, the largest bell in Paris.
Inside, the basilica is decorated with colored stained-glass windows and a monumental mosaic on the theme of “The Reverence of France for the Heart of God”, made in 1912-1922 by the artist Luc-Olivier Merson (1846-1920). 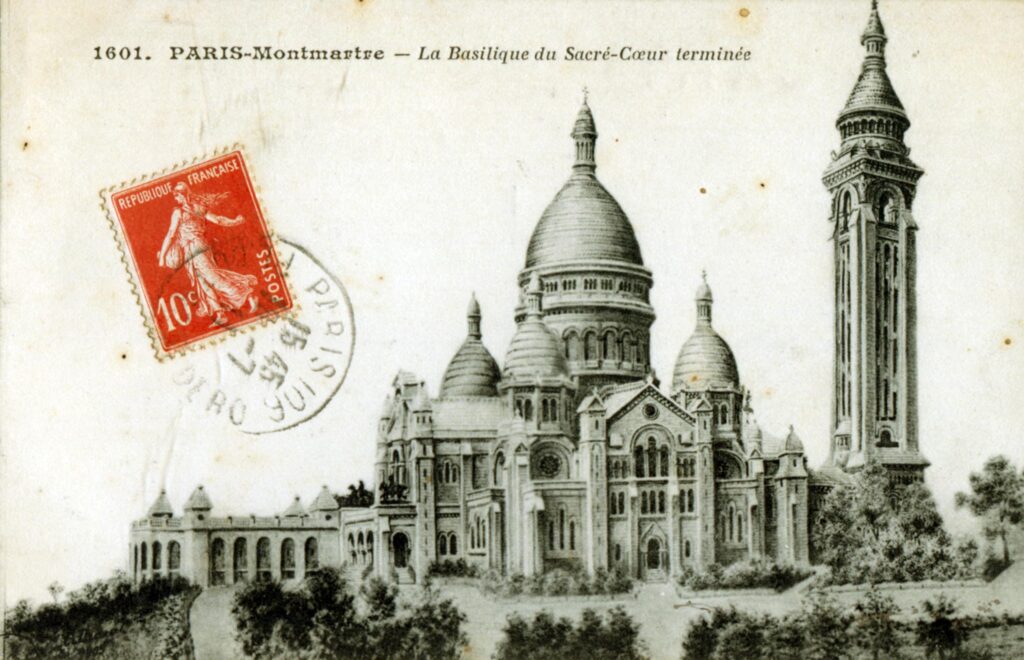 History: the proposal to build a new temple in memory of the victims of the Franco-Prussian war, made in 1871, was strongly criticized, but received the support of the deputies, who agreed in 1873. Funds for the construction were collected by public subscription. When laying the first stone (June 16, 1875), a bronze medallion “France Presents the Basilica of Montmartre to Christ”, a box with French medals, and a parchment with the minutes of the founding ceremony of the Sacré-Coeur Basilica were placed in the soil of the hill.
The work was soon interrupted in order to strengthen the soil of the hill, dug up by ancient quarries. Construction was completed only in 1914 (!), till the beginning of the First World War. 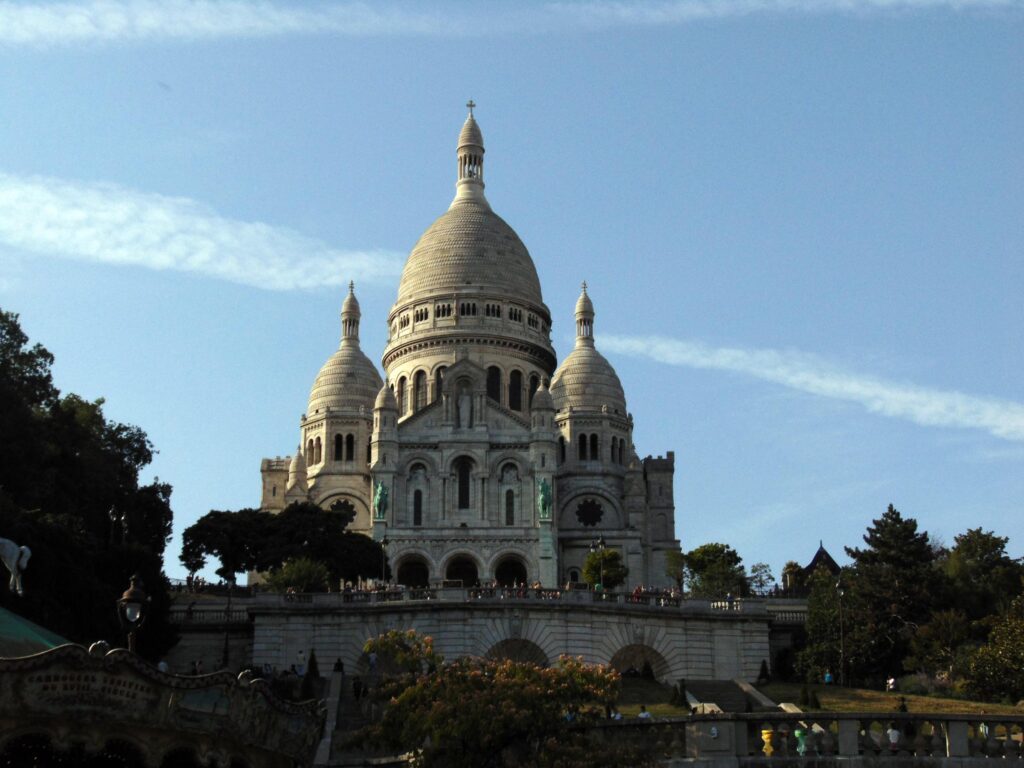 Russian trace. During the capture of Paris by the Cossacks in 1814, a battle took place here, during which there were casualties from the French army. Perhaps this Temple was also conceived to commemorate the victims of the war of 1814. 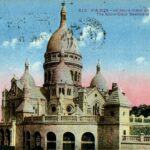 Practical information, how to visit