Château du Lude (or the castle) is located in the commune of Lude in the French department of Sarthe. Located among the northernmost castles of the Loire, this place has been inhabited since the Middle Ages and has become a strategic point on the borders of Maine, Anjou and Touraine. Captured by the British during the Hundred Years’ War, the castle became the property of Jean Daillon, chamberlain of King Louis XI, in 1457. Over the course of two centuries, the Daillons worked to embellish the castle and turn the old medieval fortress into a place of rest. The Castle of Lud, rebuilt at the end of the 18th century by the Marquise de la Vieuville and then a century later by the Marquis de Talhouët, bears witness to four centuries of French architecture. See also Loire Valley castles map. 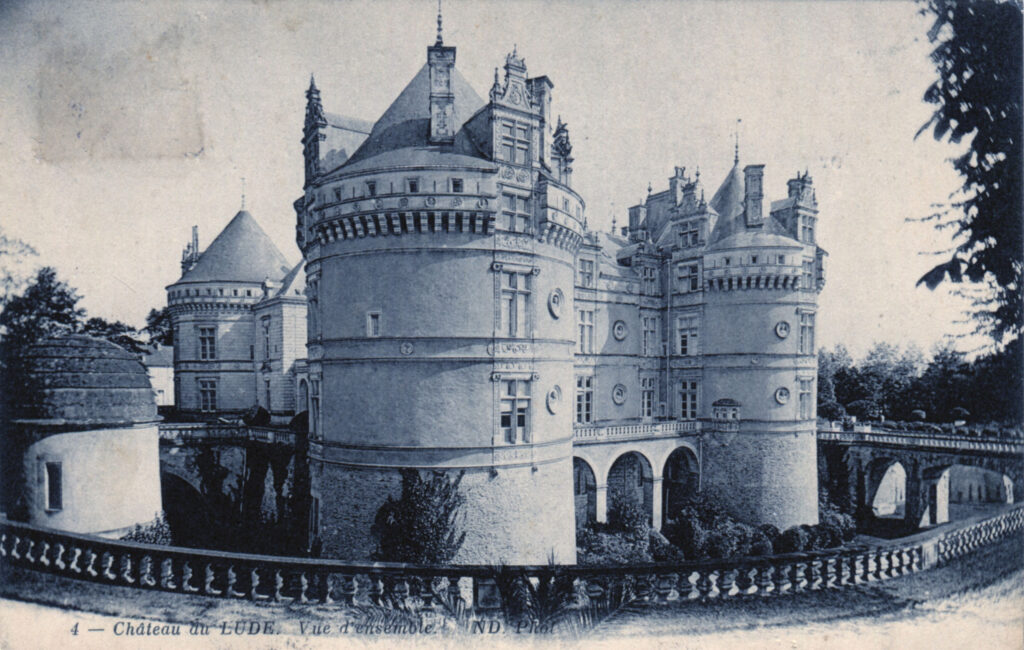 Parks and the gardens

The park and gardens of the Château du Lude, covering more than six hectares, are classified by the Ministry of Culture as a “Remarkable Garden”. The first landscaping dates back to the seventeenth century: the old fortifications of the city served as the basis for a large terrace, bordered by a stone balustrade overlooking the Loire. A century later, the ditches between the castle and the spur were filled in to create a hanging garden facing the façade of Louis XVI. In 1851, a water-lifting machine was installed on the banks of the Loire, which supplied a network of canals for irrigation. This system was later replaced by a hydraulic tympanum, listed as a Historic Monument since 2012. In 1882, the landscape designer Édouard André transformed the surroundings of the castle by drawing plans for the gardens in the romantic spirit of the time. Since the 1980s, Le Lude gardens have undergone new modifications and are built around a rose garden, a regular French garden, an English garden and a large vegetable garden.
– Garden Éperon (spur)
– Lower garden
— Spring
Garden. Designed by Édouard André in 1880, the two-hectare garden is divided into three terraces. Around the greenhouse, almost 9,000 m2 of land is used to grow rare or traditional fruits and vegetables. The vegetable garden is a private part of the Lude Gardens and is only open during events held at the castle, such as the Horticultural Festival, Vegetable and Gourmet Days or Heritage Days.

How to get there from Paris hotel or Charles de Gaulle airport.