Underground fortress and Breze castle (château de Brézé).
The castle is located in the Loire Valley near the city of Saumur (and tank museum). 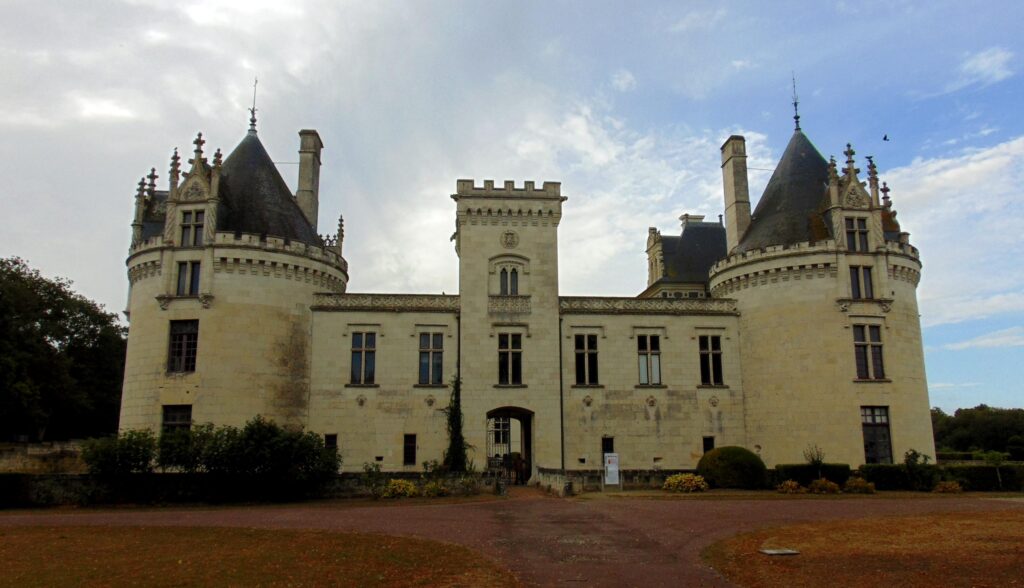 A Brief History of Breze Castle. Period from 11th to 14th century.
1063 The existence of “castles” is mentioned for the first time in 1063, in records from the Abbatial Saint Florent. A hundred years later, Breze maintains an important fiefdom.
1302 Geoffrey Breze divides his holdings. His granddaughter Catherine inherits the lands of Breze
1318 The lands of Brezet fall into the hands of Pean de Maillé as a dowry for his marriage to Jean de l’Etang, Catherine’s daughter. Notes from that time say that Jean was kidnapped by Pin even before the wedding. This union results in the growth of the progeny of Maille Breze, who would rule over Breze for almost 300 years, from the 14th to the 17th century.
Castle from the 15th to the 17th century
1448 Gilles de Maillé-Brézé receives permission from King René of Anjou to rebuild the fortifications of his land. The moat of the castle is partly dug for the first time, reaching a depth of 10 to 12 meters in some parts.
1560 -1580 Arthus de Maillé-Brézé demolishes the remains of a medieval fortress, reconstructs the castle in the Renaissance style and completes the incredible defensive multi-level underground fortress system. The U-shaped body of the castle belongs to this era. For the first time, completely ditches are dug around the castle for the first time, which reach a depth of up to 18 meters
1563 Arthus invites the young king of France Charles IX and his mother Catherine de Medici to the castle of Breze. The sovereign compliments the host for his hospitality and “beautiful little castle”.
1615 Louis XIII of the landowner Urbain de Maillé Brézé promotes to the rank of marquis. The first Marquis of Breze becomes a relative of Cardinal Richelieu’s family by marrying his sister Nicole du Plessis.
1650 After the marriage of Louis II de Bourbon, Prince de Condé to Claire Clémence de Maillé-Brézé – and after the death of her father Urbain – the possessions of the Marquis of Breze pass into the hands of a powerful family Conde – “Princes of the Blood” and cousins ​​to the kings of France.
1682 Prince de Condé exchanges Breze for possessions in Brittany by Thomas Dreux, parliamentary councillor. 3 years later, the title of Marquis is reaffirmed for the Dreux-Brézé family.
Castle from 18th to 21st century. 1701 The Dre-Breze family receives the hereditary status of Grand Master of Ceremonies of the Kings of France. This role includes the direction of all public functions of the Royal Court. Thomas II de Dre Breze is the first to carry out this function, which remains in the family until 1830.
1789 Louis XVI directs the preparations for the first National Assembly to its Grand Master of Ceremonies, Henri-Eurard de Dre Breze. During the stormy adoptions of the acts of the French Revolution, Dre-Brezet, sent by the king to dissolve the meeting of the third estate in the tennis courts of Versaille, will fall victim to the most famous phrase of the Comte Mirabeau: “Sir! Go and tell your master that we are here by the will of the people and we will not leave even the force of his bayonets.
1820 The main wing of the Renaissance manor is lengthened by Henri-Evrard de Dreux-Brézé and his wife Adelaide de Custine.
1838 The flamboyant neo-Gothic style is first used in Breze by the master decorator Charles Cicéri in the dining room located in the Renaissance wing of the castle. This style was used to house the fabulous collection of weapons belonging to the Grand Master.
Since 1850, the Castle has been significantly restored by the family, in neo-Gothic style. These works were carried out by the famous Angevin architect René Hodé. Two of the three wings, as well as the Grand Gallery, the clock tower and the outer facades, change dramatically.

Fortress Underground map, you can visit it

World War II and the castle. The castle is occupied by the German Armed Forces.
1959 Marriage of Charlotte de Dreux-Brézé and Bernard de Colbert make the transfer of property to the ancient Colbert family, descendants of Jean Baptiste Colbert, famous minister of Louis XIV.
1998 Breze Castle opened to visitors
2001 For the first time, the dungeons of the castle fortress were opened to the public.
2006 Work is carried out in the Grand Gallery, decorating it in a style reminiscent of neo-Gothic buildings of the 19th century. The well-known restorer from Paris, Amaury de Combolas, supervises the work. 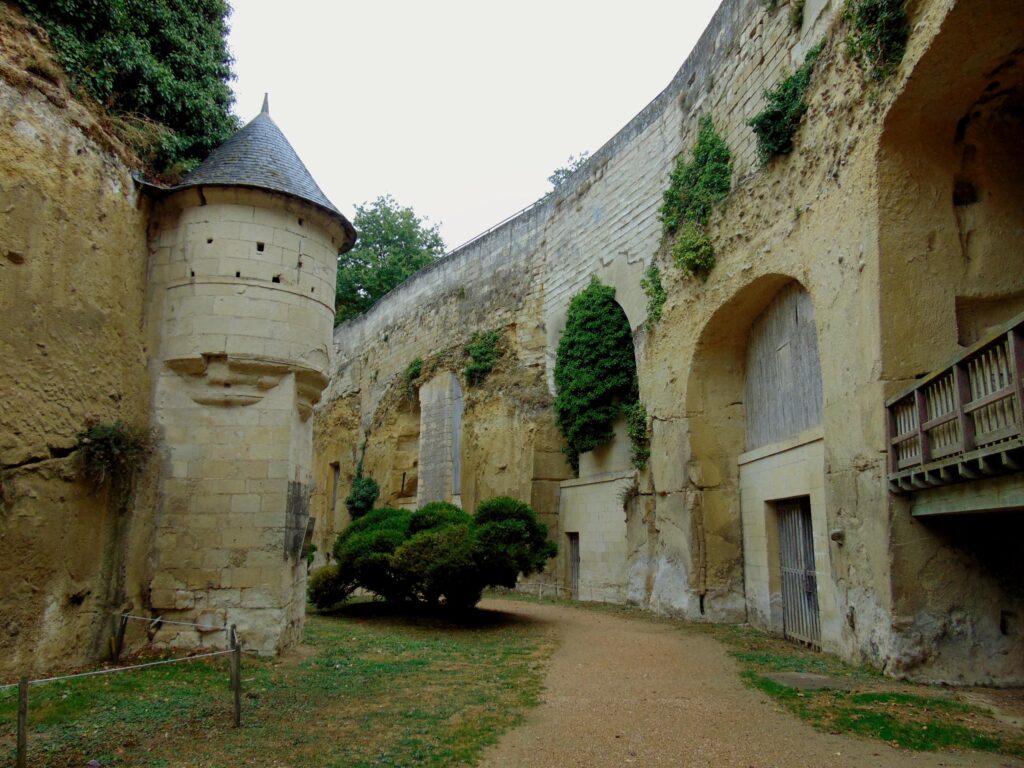