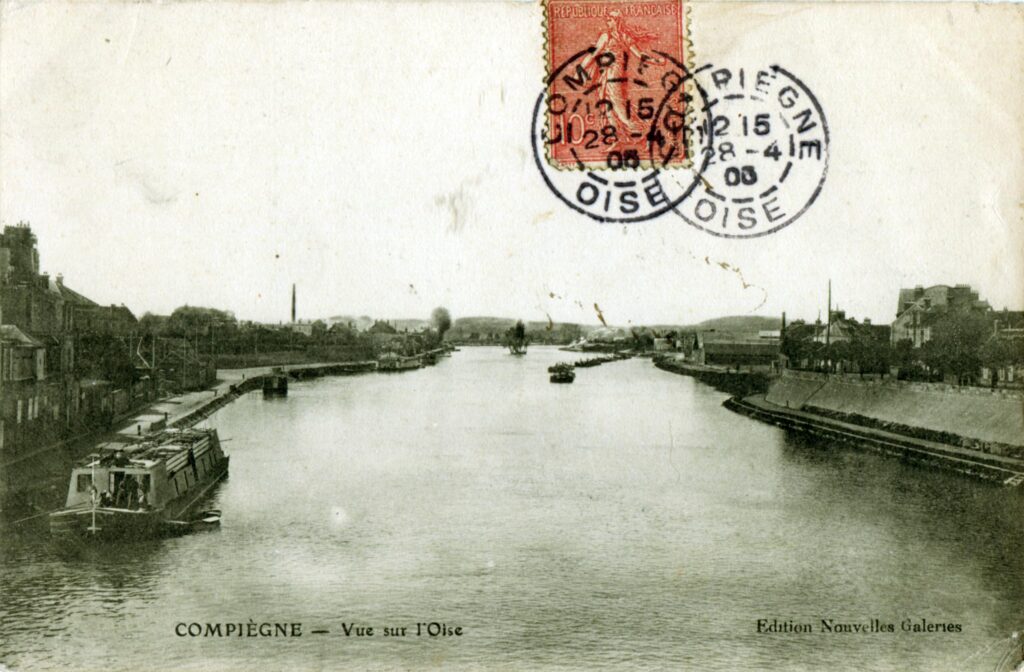 Valley of the Oise, embankment and ship

It was formed on the site of the ancient Roman settlement Compendium. In the Middle Ages, a wooden palace was built here, which periodically served as the residence of the Frankish kings. At the end of the 9th century, by order of King Charles II the Bald, a new beautiful palace was erected, but destroyed in 978. In 888, in Compiègne, after the successful defense of Paris from the Normans, the first representative of the Capetian dynasty, Ed, Count of Paris, was crowned. Since 1153 he received the status of a city. On May 23, 1430, Jean d’Arc, the legendary heroine of France, was captured by the Burundians in the vicinity. In 1880, a monument was erected to her here. The city was repeatedly besieged during the numerous wars of France. In the second half of September 1901, the last Russian Emperor Nicholas II and Empress Alexandra Feodorovna stayed at the Compiègne Castle for several days. 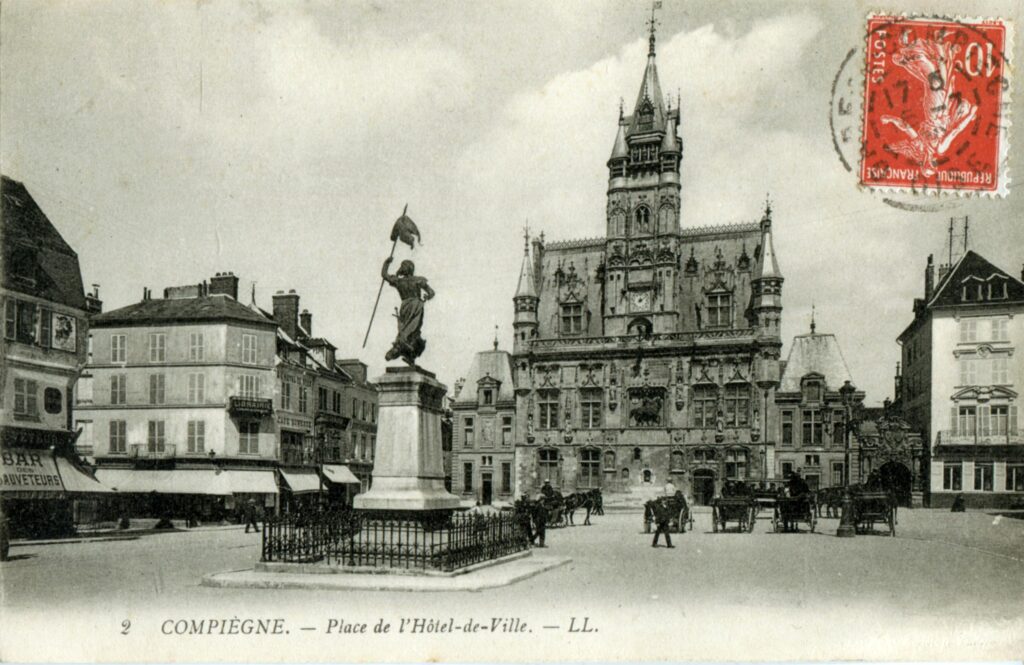 World War I. Compiegne became known to the whole world, since it was here, in the Compiègne forest in 1918, that a truce was signed, which put an end to the most terrible war for Europe. France was proud of the victory. The car, where the surrender of Germany was signed, was installed in a clearing and a museum was opened. Humiliated Germany began to wait for revenge and it came.
World War II. In June 1940, it was subjected to a brutal bombardment with the destruction of up to one and a half thousand beautiful houses. On June 22, 1940, at the insistence of Hitler, in the same clearing of the Compiegne forest and in the same carriage (where the armistice, shameful for Germany, was signed), a new one, already shameful for France, was signed. “Famous” Compiegne and his transit camp “Front-Stalag 122” Read more…
After 1945, in Compiègne, located at the crossroads, enterprises of the plastics, chemical and pharmaceutical industries began to appear, but this is of interest only to specialists, and not to ordinary tourists.

Compiègne forest. It is considered one of the most extensive and picturesque forests in the country. It is located northeast of Senlis and is bordered by hills from the north, crossed by gorges and ravines with streams. Mighty oaks, beeches and hornbeams grow here. Once upon a time, there were many wild animals, which made the forest a favorite hunting ground for the highest persons. But now tourists of all countries know how the Great War memorial area includes:

Armistice Carriage museum. At the end of World War II, the Germans took the original carriage to Berlin, then to Thuringia, where its traces are lost. Germany nevertheless returned the remains of the burnt car to France in 1992. The French found a carriage of the same series and restored the Armistice Museum. See more… 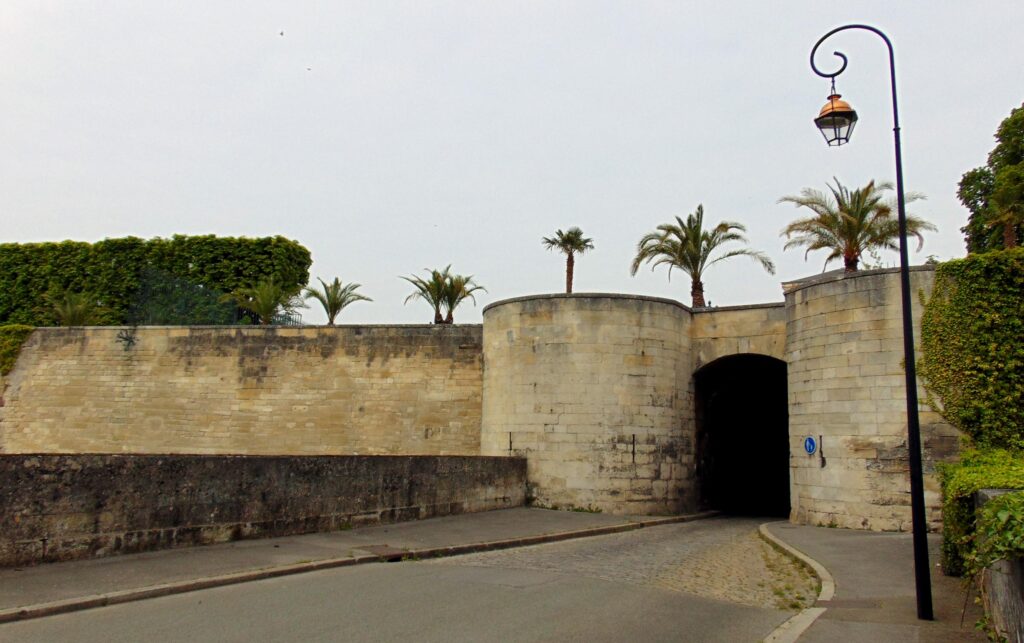 Compiègne Palace, which is worthy of a separate excursion from Paris. 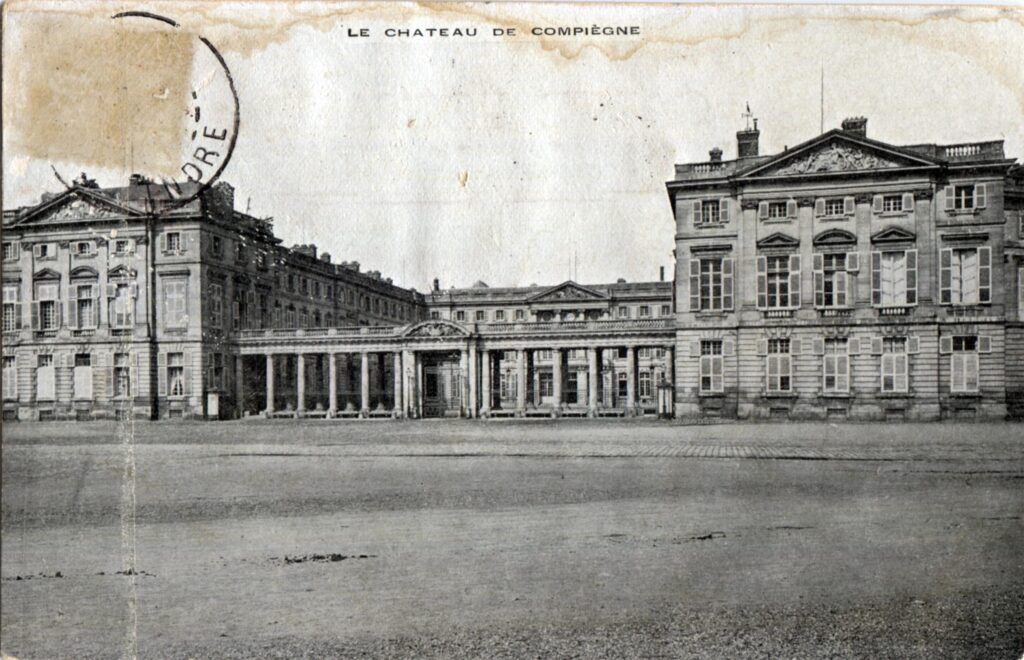 Museum of Historical Miniatures. Located in the city hall building and includes almost 100,000 figures in military uniforms from different countries, military branches, as well as dioramas of battles. The dream of many history buffs, we generally keep quiet about children.

Pierrefonds Castle, royal and imperial, is also located along the route and is possible for external inspection or excursions inside. 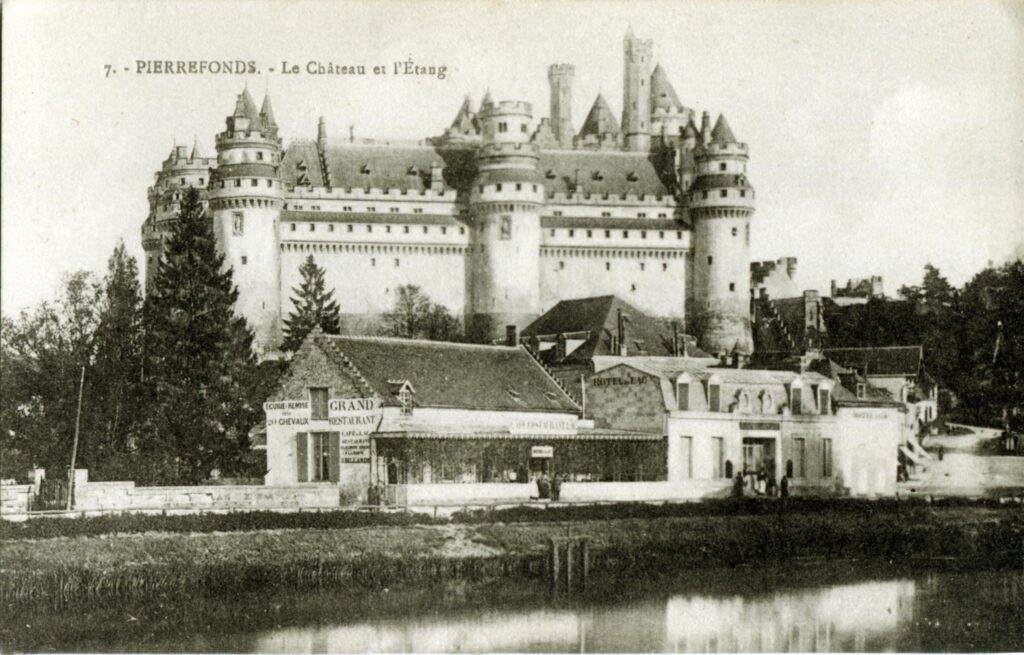 Built in the 16th century by Louis of Orleans, partially destroyed by order of Louis XIII, restored and completed in the 19th century by the architect Violet-le-Duc at the behest of Emperor Napoleon III, who wanted to turn it into an imperial residence. Construction was carried out from 1857 to 1884. The castle intricately combined the architecture and decorative arts of the Middle Ages and the Renaissance long before the advent of Art Nouveau. The upper part of the Pierrefonds is decorated with figures of various animals. The castle has many bridges, galleries and porticos. Since 1995, a collection of sculptures made of lead and copper, made in the workshops of Mondui, has been kept here, which in the period from 1867 to 1970. involved in the restoration of various monumental works of art. The picturesque and authentic castle has been repeatedly used as a location for many films.

How to visit Compiegne City and neighborhood, Armistice Museum  & Cattles