Blinov Yuri was born on June 11, 1941 in a military family. His father and uncle – the participants in the Great Patriotic War, the officer ranks. 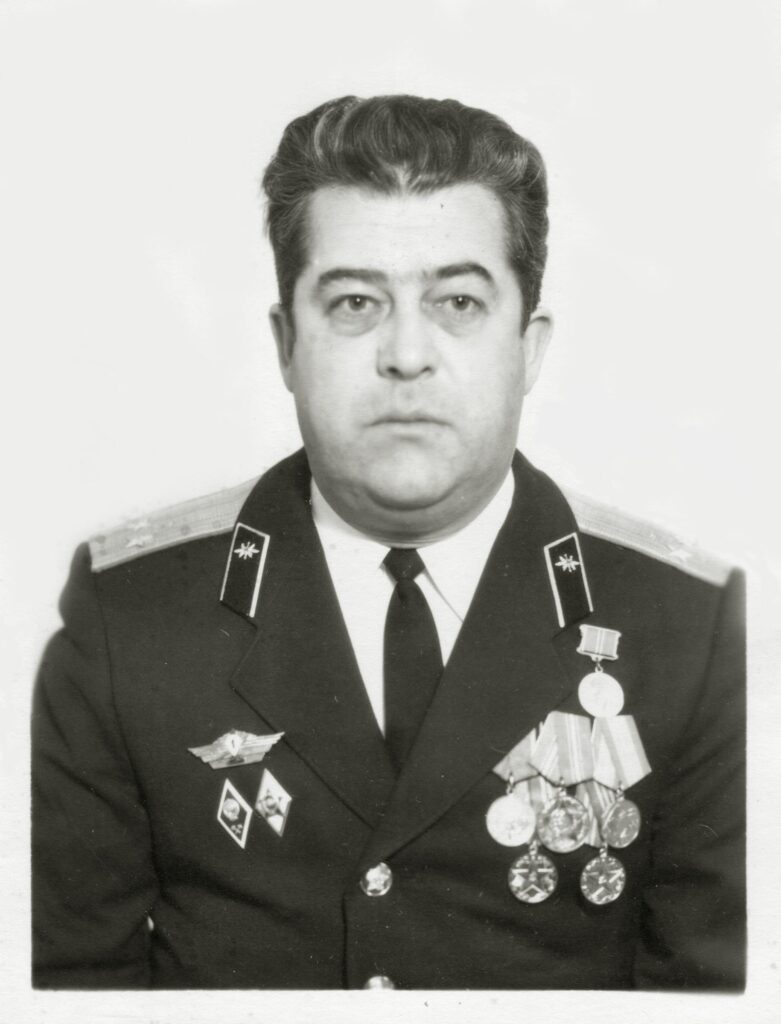 In 1963 he graduated from the Technical Institute of Communications (civil engineer in Kuibyshev, Samara). According to the idea of ​​the Soviet leader Nikita Khrushchev, the ground forces in the USSR were massively reduced in the 1960s, but the Strategic Missile Forces (RVSN) began to develop. After graduating from the civil institute, Blinov was offered to enlist in the Soviet Army, in the strategic rocket units. The place of the first military service was the small military town of Pruzhany in the Brest region of Belarus, on the border of the USSR and Poland, where the communications center of the 50th strategic rocket army was located. At this time, the headquarters of the 50th Rocket Army began to be created in the city of Smolensk and the region on the basis of aviation units, where Blinov continued his service till the captain rank. The headquarters of the 50’s rocket army was located in the city center of Smolensk, the famous for the battles of the Napoleonic War of 1812 and the Second World War. In the case of a nuclear war, the reserve headquarters was located 10 km from the city, and the field communications center 70 km. in the village of Gusino. The underground headquarter bunkers in the city and outside the city occupied the premises of the former Red Army Headquarters of the Western Front during the Second World War. The reserve command post outside the city was located in the village of Gnezdovo and occupied the underground structures of the former command post of the Red Army and the NKVD Object in 1941, the Army Group Center of the Wehrmacht command in 1942-43. After WW2, the dacha of the first secretary of the regional committee of the CPSU of Smolensk was also used as a secret secure communication center, the head of which was also appointed captain Blinov. Having the appropriate position to continue his education, Blinov entered in 1976 and successfully graduated in 1978 from the Budyonny Military Engineering Academy of Communications in the city of Leningrad. From 1978 to 1981, with the rank of lieutenant colonel, he served in the city of Yuzhno-Sakhalinsk as the head of the wire communications of the Sakhalin army. In 1981 he was sent to the city of Lvov (Ukraine) to the Headquarters of the Carpathian Military District. He served as chief of the wire communications of the military district. Participated in command and staff exercises to capture Paris and France by tanks and landing groups (? 103 airborne divisions and the “Vympel” special forces group of the KGB).
In the spring of 1986, the largest accident occurred at the Chernobyl Nuclear Power Plant (Ukraine near Kiev). The basis of the forces for the emergency work was the Soviet army, Civil Defense Troops (GO) and civilian specialists hired for the money or an apartment. All the most important first three months of that work to eliminate the accident, Lieutenant Colonel Blinov held the position of Operational Duty Officer (Duty Commander). Every third of the day, all work was submitted to him as the duty commander. Despite the heightened secrecy, Yuri Blinov took the several unique historical photographs, including those with a Chernobyl sign and a helicopter on duty to inspect the work site. He also left some oral recollections of those events. 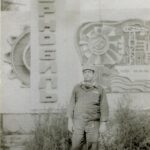 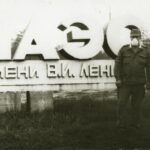 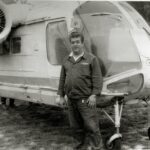 All the results of exposure to penetrating radiation and radioactive contamination of the area are still strong classified. After nuclear exercises at the Totsk test site in 1954, Chernobyl became the second place to study the effects of nuclear weapons in the event of World War III. The accident at the Chernobyl nuclear power plant is considered as an important event of the Cold War period. The Central Museum of the Armed Forces of the USSR (Soviet Army, Moscow) created a special exposition dedicated to this event. It is also planned to show this event in a future new exhibition at the Musée de l’ Army (Les Invalides) in Paris.
After the collapse of the USSR in the 1990s, Lieutenant Colonel Blinov was dismissed from the military service and moved to the city of Saratov on the Volga river, where he died in 2005. In addition to military awards for the service, he has the Medal of the participant in the liquidation of the accident at the Chernobyl nuclear power plant and the Order of Courage for these events.

Prepared by Mikhail Blinov for: