It is believed that the French Air and Space Museum is the oldest aviation museum in the world with a unique collection of rare aircraft and even spaceships. The museum is located in the premises of the former Le Bourget air terminal in the Parisian suburb of Le Bourget and is one of the largest aerospace museums in the world.

It was founded at the end of the First World War and, of course, was originally supposed to “perpetuate the exploits of French pilots in the Great War.” Considering that France at the beginning of the 20th century was the world leader in the production of civil and military aircraft (as well as cars), this museum was originally supposed to become the world’s best aviation museum.

1919 – Albert Caco (French: Albert Caquot), Chief of the Aviation Technical Service (Chef du Service Technique Aéronautique) proposes to the Minister of Defense (Ministre de la Guerre) to create a museum of aviation and aeronautics. After official approval, Albert Kako collects the first copies for the new museum, which opens the same year in Issy-les-Moulineaux as “Conservatoire de l’Aéronautique”.
1921 – the museum moves to Chalet-Meudon (Chalais-Meudon), and is renamed “Musée de l’Air”
1974 Opening of a new airport in Paris – Charles de Gaulle Airport. The Museum of Aviation and Cosmonautics next year occupies the premises of the former Le Bourget Airport. Expansion of the exposition, new pavilions and parking of equipment.
1987 – opening of a hall dedicated to the period from the birth of aviation to the First World War
1995 – exposition of balloons and airships;
1996 – Hangar dedicated to Concorde, where a prototype of this supersonic aircraft is demonstrated. In 2003 Concorde Sierra Delta is added to it
2003 – the Boeing 747 is exhibited in the museum and visitors can go through all the compartments of the aircraft and inspect the engines;
2006 – aircraft hangar of the Second World War;
2007 – helicopter room
2015 – hangar “Normandie-Niemen”

Collection of the Museum of Aviation and Cosmonautics:
Some notable exhibits of the museum:
– glider Massia-Biot – the oldest surviving original glider, 1879;
the first mass-produced aircraft – “Demoiselle” Santos-Dumont, 1907;
– Voisin-Farman aircraft – the first aircraft to fly along a closed route of 1 km, 1907 (a copy of 1919 is presented in the museum);
– Blériot XI Louis Blériot was the first aircraft of this type to cross the English Channel on July 2, 1909;
– the first seaplane – seaplane Henri Fabre (fr. Henri Fabre), 1910;
– the first aircraft to exceed the speed of 200 km / h – Deperdussin “monocoque”, 1912;
– Monoplane Moran-Saulnier – on an airplane of this type, Roland Garros was the first to fly across the Mediterranean Sea in 1913;
– 2 Concorde aircrafts: a serial (passenger) model, as well as “number one” – a test model of the Concorde, later converted into a flying research laboratory;
– Boeing 747;
– Ariane booster.
In total, the museum’s collection includes about 20 thousand exhibits, including more than 180 aircraft, reflecting the complete history of world aviation and astronautics.
The collection is organized into the following chronological and thematic categories located in the following locations:
– Hall 1 “The Origin of Aviation” 1500-1900, 1900-1914 – temporarily not working
– Hall 2 “Aces-pilots of the First World War” 1914-1918 – partly at the exhibition on Verdun
– Hall 3 Gallery of layouts, scale models of equipment – temporarily closed
– Hall 4 temporary exhibitions of the museum, f.e.: “Verdun, air war”

“Verdun – War in the Sky” (“Verdun – La Guerre Aerienne”) – a temporary exhibition dedicated to the First World War and the Battle of Verdun (temporary exhibition hall of the Air and Space Museum in Le Bourget) October 15, 2016 – January 29, 2017. Photo gallery (M. Blinov November 2016), description and reviews of the exhibition:
– Virtual tour
– Hangar 5 aircraft of the Second World War 1939-1945
Aircraft Hall of the Second World War 1939-1945: Aircraft of France, the Allies and Nazi Germany (collection of the Museum of Aviation and Cosmonautics in Le Bourget near Paris) 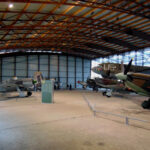 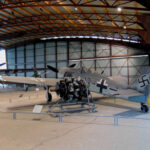 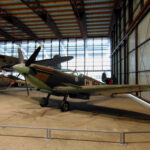 – Hangar 6 Concorde
In this museum hangar you can see both the experimental Concorde 001, which took to the skies on March 2, 1969, and the serial Concorde N ° 213 F-BTSD, which is being restored by the British Save Concorde Group (SCG) and the French “Olympus 593” group. The Dassault Mirage IV supersonic bomber, France, 1964, is located in the same room.
– Hall 7 Aircraft prototypes, here – flight simulators and MCC 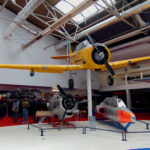 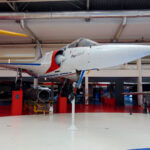 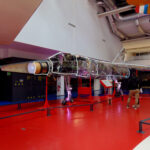 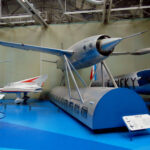 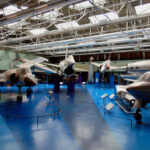 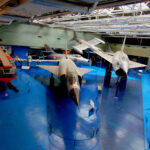 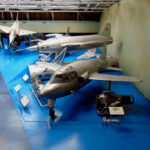 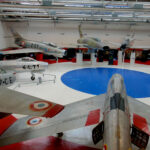 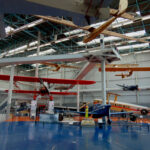 aircrafts between the first and second world wars 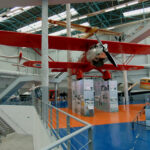 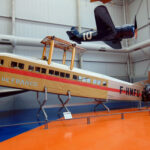 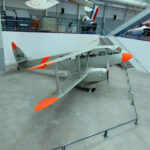 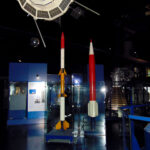 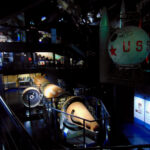 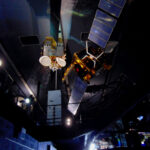 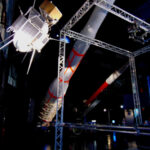 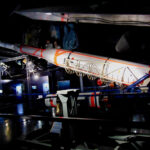 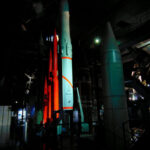 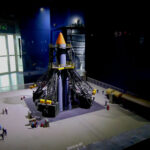 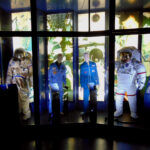 – Hangar 12 “Normandie-Niemen” (exhibition opened recently)
“Normandie-Niemen” – a permanent exhibition of the Museum of Aviation and Cosmonautics in Le Bourget, dedicated to the 70th anniversary of the Great Victory.
– Planetarium
– Outdoor exposition of aerospace technology: launch vehicles and aircraft
In the outdoor exposition on the airfield you can see the aircrafts and the rocket launchers.